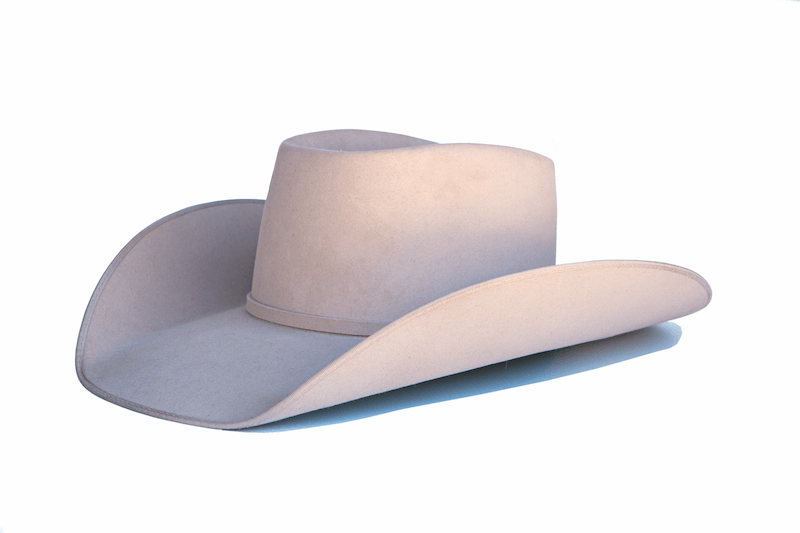 Brannan, who resides in Southern California, spent the first couple of years performing while trying to hone her image.

“I juggled with styles and tried different things,” she says. “Hat shape is a very cultural and emotional thing. This is what people are going to see. This is their first impression of you.”

Brannan says finding a hat that fit her head was difficult at first, which swayed her from wanting to wear one when she rode, so instead she sported a baseball cap. According to Atwood, that is a common problem and he recommends spending time with an experienced shaper to find the right size and shape.

“If a hat hurts your head, you’re not going to wear it,” says Brooks Atwood of Atwood Hat Company and Spradley Hats. Standard shapes include round, oval and long oval.

“Some people have heads as round as a dime and a long oval hat will never fit them. You can put some steam on it and make it fit, but that throws everything about the brim off. It warps the brim, so you have to go back to the drawing board,” he says. “I’ve had people who can’t buy a hat off the rack because if they’re looking straight at you, their hat is sitting one way or the other.”

Mundee says another common problem he sees is forcing a too-small hat to fit. “It’s a critical mistake when people cram a hat on their head because then it gives them a headache,” he says. “They think it has to be tight to keep it from flying away in the wind. If you get it too tight and have to cram it down, the whole time it wants to work its way back up.

“The function of the crown and crease is to keep the hat on your head. Sometimes when you buy it [already shaped], it’s pre-creased down too low.”

Personal preference dictates the style of crease and crown, such as a cattleman’s crease, Brick, Gus, pinched front, and the list goes on. Your local hatter will have pictures and examples to show you.

Mundee pulls his hat all the way onto his head, his eyebrows just visible under the brim.

“When I get my hat all the way down on my head, [the brim] is hitting at the top of my ears,” he says. “Everybody is different from the top of the ear to the top of their head. There’s not a finite dimension there.

For the best fit, a custom hat is a sure bet.

“If it’s in someone’s budget, they should go to a custom hatter,” Atwood says, adding that custom hats typically start at $900 for 100 percent beaver. “Try on hats until you find a style that suits you.”

Brannan agrees and says it’s worth the investment to feel confident on stage, or anywhere else.

“I was approached by hatmaker Kevin Murphy, who makes all my hats now in Santa Ynez [California]. He found the style that worked perfectly for me and fits my head,” she says, adding that she didn’t want a traditional hat.

“A lot of people, when they see a flat hat they think ‘traditional Great Basin.’ For me, my hat is a take on the old style,” she explains. “It’s not shaped exactly like everybody else’s; it’s got a quirk to it. I would say ‘a new take on an old style.’”

With the right-size hat and a comfortable fit, you can add finesse and style with a shape suited to you.

Tip-Top Shape
You’re probably familiar with the adage, “never judge a book by its cover.” If you read the fine print, it doesn’t apply to hats. A cowboy hat is a way for a person to represent his or her heritage and personal background. It’s not superficial—it’s a matter of pride.

Support a Cowboy’s Cause Against Cancer