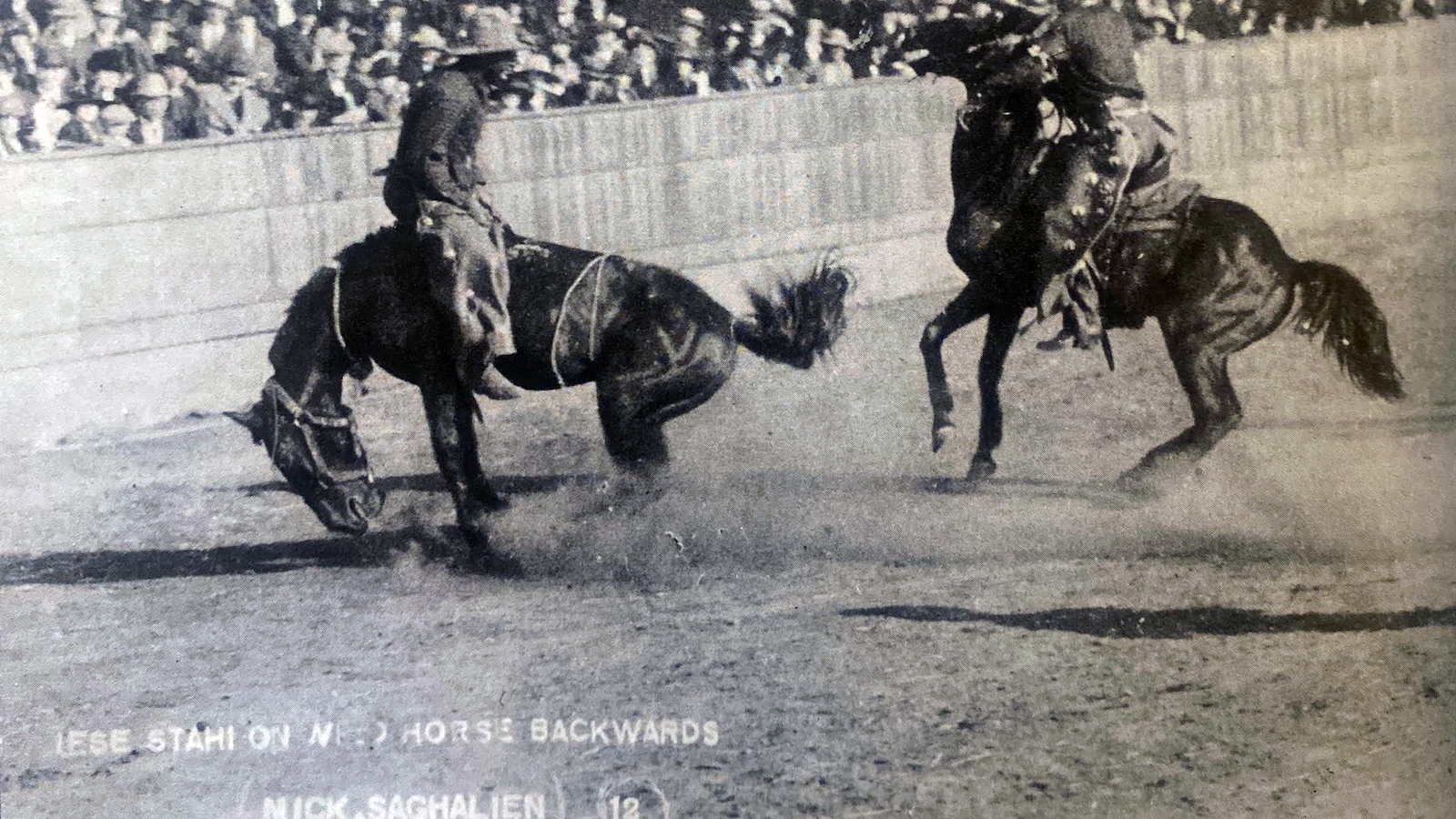 A reader writes from Cowichan Station, B.C., Canada, that he has heard it said that Jesse Stahl was one of the greatest riders of all times and desires to know more about this oldtimer and what happened to him. We assume that other might be interested, so here is a brief reminiscent bit, necessarily so, for the full Jesse Stahl story would require a very large book. He really lived life to the hilt.

Since the cradle days of rodeo when George Fletcher and Bill Pickett, the Dusky Demon from Texas, were in their heyday, a host of black cowboys have ridden high, wide and handsome or otherwise, in the arena. Some of these men were top hands; others were of a different caliber, but literally and figuratively, Jesse Stahl stood head and shoulders over all the rest. Here was a cowboy’s cowboy and a rodeo fan’s favorite.

Jesse was a big, barrel chested, fun loving cowboy and generous to a fault. When a rodeo hand went broke or was injured, Jesse, if he had it, was the first to dig down into the pockets of his jeans. He taught the tricks of the trade to many of the then up-and-coming bronc riders, including the late Norman Cowan, who became a long time big name bonc rider, roper and ‘dogger.

This article was originally published in the December 1949 issue of Western Horseman.