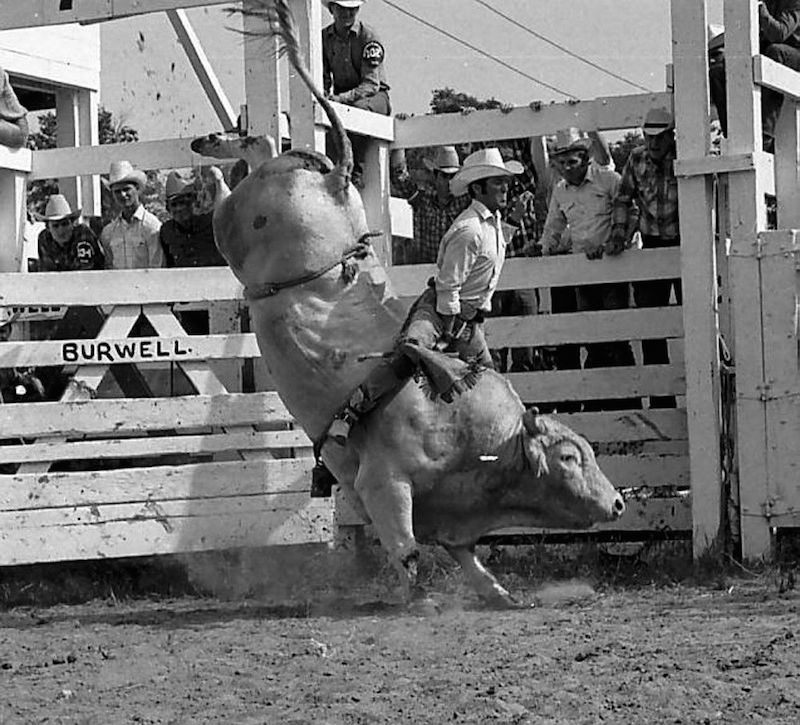 6-time All-Around Champion and recipient of the 2014 Western Horseman Award Larry Mahan, shares his experiences on the rodeo trail.

Mahan, 24, first came to rodeo prominence in 1965 when he won $18,105 and the World Bull Riding Championship. The cowboy likes bull riding least of all, often wishing he did not have to get on them. But, as Ronnie Rossen, bull riding titlist of 1961 and 1966, commented wryly after Mahan edged him out of a third title in 1965 by $1,000 “He sure rides bulls too good not to!”

In the first six months of 1967, Mahan won over $28,000 in the three riding events–almost twice as much as any other rodeo cowboy– and was virtually certain to retain rodeo’s top tile for a second year. In addition, standing no further back than third in any riding event, he had an excellent chance to win an event championship as well.

That first year, when he was striving for his first rodeo title, Mahan realized that his biggest rodeo handicap was the long, dreary, often all-night drive to the next rodeo. The enterprising young man overcame this by buying a Cessna airplane and taking flying lessons. As a result, Mahan can contest at several concurrent rodeos, sometimes hundreds of miles apart, by flying back and forth to arrive in time for his scheduled rides at each one. While contesting at St. Paul, the champion was also entered at four other rodeos in different areas.

Over 3,000 cowboys vie annually for rodeo prize money competing in rodeos large and small across the country. Some are confident that this will be their year, but Larry Mahan is far from self-assured. When he was officially recognized as the 1966 All-Around Champion Cowboy by Colorado’s Governor John Love in a traditional ceremony at Denver’s National Western Rodeo in January,1 967, he still had trouble believing he had achieved this goal.

Piloting his Piper Commanche 250, the aggressive 5’9″ rider won over $15,000 in a mere six weeks! When the Rodeo Information Commission issued the official standings on August 22, Oliver had increased his earnings to $25,375 but Larry Mahan’s had zoomed to $27,119.

“When I started getting close to the leaders in July, I still didn’t think I could stay lucky enough to go ahead,” he said. “I had the right horses and bulls at the right rodeos is what it amounted to,” he added.

At the final rodeo of the regular 1966 season in San Francisco’s Cow Palace, Mahan won $2,614, boosting his all-around prize money to $38,523, higher than any cowboy’s total in the previous ten years, but he did not yet regard himself as the champion.

Rodeo’s world series, the National Finals, is open only to the top 15 cowboys in each event. In 1966, for the first time since its 1959 inauguration, there was one cowboy qualified to contest in three of its gruelling events–Mahan.

“I was dreading it,” said Mahan. “My riding arm got pretty sore at first, but, after the fourth performance, the soreness started wearing out. By the time it was all over, it wasn’t sore at all; I guess I got my second wind.”