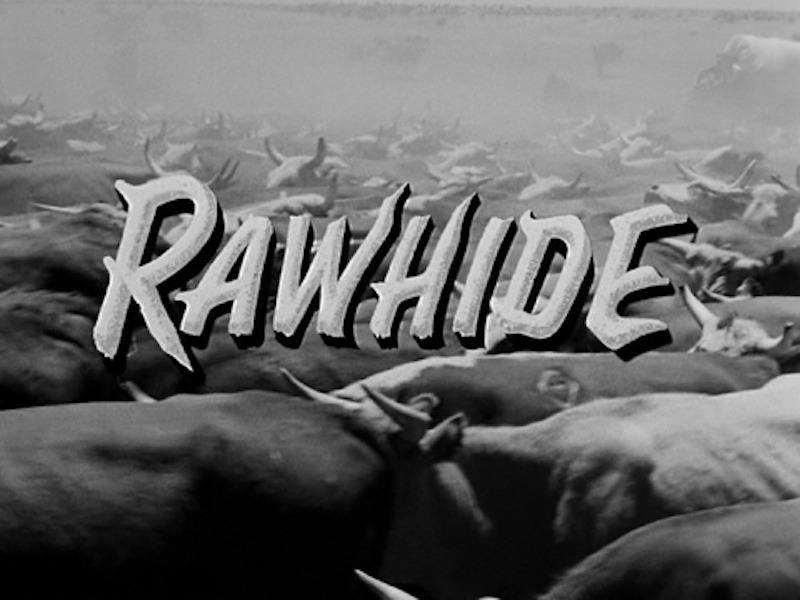 The popular television series had a simple message: Do your job, honor your word, and be loyal to the “brand.”

The popular television series had a simple message: Do your job, honor your word, and be loyal to the “brand.”

Recently I was visually reminded of a special Western TV show from our collective past. The moment happened while sitting at a nice little sorta-cowboy-bar near Carmel Valley, California. Enjoying the moment, I glanced up at one of the flat-screen televisions positioned at either end of the bar and was greeted with a black-and-white scene from an old episode of Rawhide.

Now for those of you who weren’t around, 1959 saw the start of an eight-season, Friday-night run as one of the most popular TV westerns of all time. Rawhide ran on Fridays from 1959 to the fall of 1965. With ratings slipping—it was the mid-1960s after all and Westerns seemed to be falling from favor—the CBS network moved the show to Tuesday nights where it lasted another four months before being canceled. The show involved a group of men on a cattle drive, originating from San Antonio, Texas, that headed up the Sedalia Trail to Sedalia, Missouri.

Late actor Eric Fleming played the no-nonsense trail boss, Gil Favor. Fleming had left the show at the end of the seventh season. He would drown in a boat accident a little over a year later while shooting a scene for a film in Peru. He was 41 years old.

After he left Rawhide, the show ran for another 13 episodes. Fleming’s character was a cow boss, father figure and roll model to the 25 drovers who pushed some 3,000 head of cattle up the trail. To them, Gil Favor was “the man.” Rawhide was CBS’ answer to another popular Friday night show of the late 1950s, ABC’s 77 Sunset Strip. A detective show set on the glamorous Sunset Strip in Hollywood, California, 77 Sunset Strip featured a diverse cast of characters, which included a sage-like boss and owner of the detective agency, Stuart Bailey (played by Efrem Zimbalist Jr.); a handsome, up-and-coming young detective named Jeff Spencer (played by Roger Smith) and the teen heartthrob, car-attendant-with-a-comb, “Kookie” (played by Edd Byrnes). CBS put Rawhide right up against 77 Sunset Strip and added their own “Kookie,” a young actor with similar great hair, Clint Eastwood.

Eastwood starred as Rowdy Yates, a young, sometimes hotheaded cowboy who usually needed the guiding eye of Gil Favor to help him see the “right trail ahead.” Rawhide had a simple message, as so many things back then did: Do your job, honor your word, and be loyal to the “brand.”

As I sat there watching Gil and Rowdy, reading the newly added closed-caption dialogue, it reaffirmed the show’s depiction of people that respected each other and had a job to do. Those thousands of cows in the TV herd had been trusted to these men, and Gil Favor had given his word to get them to the railhead and finish the job he promised he would do. Every week along the trail, problems would arise and Favor and Yates would multitask and solve them, in just 52 minutes, plus commercials. Many times unrelated human issues would arise along the way, and Favor’s cowboy crew would deal with those while never losing sight of the primary task. For almost eight years, we rode with these characters in their simple, forthright world of honor and hard work, all the while with the turbulent ’60s, the Vietnam War and an evolving nation as a background.

The two star at a publicity event at the Salinas Rodeo in 1962. Photo courtesy of the John T. Reynolds Collection

Watching and remembering all this in that small Carmel Valley bar with a cold drink in my hand, I wondered how Favor and Yates’ message would fare in today’s TV environment. Here was a show that cost $1,000 a minute to produce, which was big money in the 1950s, and that had great stars and above all great writing. Rawhide was the fifth-longest-running American television Western, beaten only by nine years of Wagon Train and The Virginian, 14 years of Bonanza and 20 years of Gunsmoke.

So lift your glass! Here’s a toast to a couple of the good ones, long gone: To Gil Favor and Rowdy Yates— we are better for having known you.

Each of the 217 episodes of Rawhide started with that memorable theme song sung by Frankie Laine. Written by Ned Washington with music by Dimitri Tiomkin, Washington also wrote the lyrics for “Town Without Pity” (also scored by Tiomkin), “The Ballad of High Noon,” and “When You Wish Upon A Star” for Walt Disney’s Pinocchio, among other classics for TV and film.