The romance and legend of the Pony Express is a patchwork of tangled certainties and larger-than-life lies.

This classified advertisement, allegedly published in a California newspaper in the spring of 1860, is one of the most recognized and highly disputed relics from the Pony Express. The frontier mail carrier operated only 19 months, leaving in the dust a trail of myth and contradiction.

The oft-quoted ad has since been published in publications ranging from National Geographic to The New York Times. Reproduction parchment posters, passed off as originals, have fetched small fortunes on eBay. But nobody has confirmed how or where the ad originated. Nevertheless, it offers a glimpse of what the fleet messengers were like.

Articles, eyewitness accounts and journals provide reasonably accurate descriptions of the brave Pony Express riders, but little evidence supports that the young men were orphans. That term was first coined with Pony Express riders in a 1923 article that appeared in Sunset magazine, and it wasn’t referenced again until the 1940s.

This is a classic example of how the legend and lore of the Pony Express is “rooted in fact, but layered with a century-and-a-half of fabrication, embellishment and outright lies,” says Christopher Corbett, author of Orphans Preferred: The Twisted Truth and Lasting Legend of the Pony Express.

We’ll explore the paradox and mystery behind some of the riders who galloped into Old West history, detail their inspiring tales of heroism, and give an overview of the Pony Express operation and origins. Like barstool stories passed down through generations, the yarns spun of the Pony Express have been tangled with fact and folklore, and historians have dug up contradicting information, so it’s difficult to determine what’s real and what isn’t.

For the rest of this article, pick up a copy of Western Horseman’s September 2006 issue. 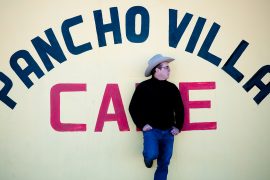 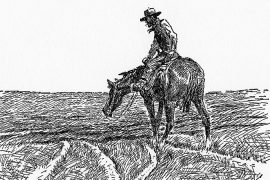 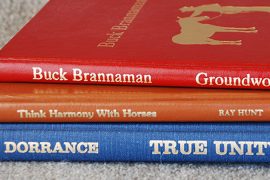