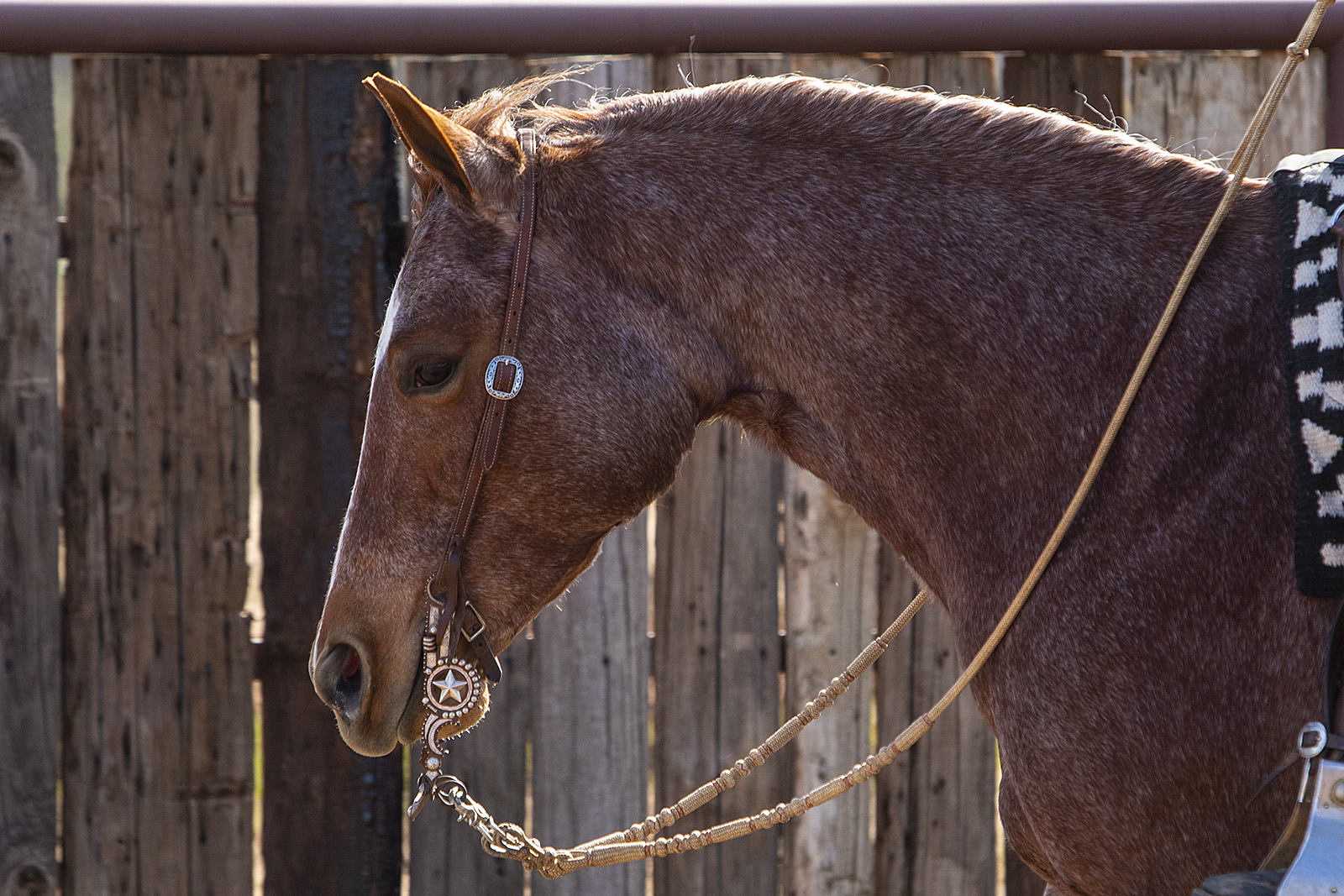 This oft-misunderstood bit is revered by horsemen who appreciate a finished bridle horse.

To some, the spade can look like an intimidating device for a horse. However, horseman and clinician Richard Winters explains that the bit is actually not as severe as some might assume. But that doesn’t mean that it is designed for young or inexperienced horses.

“There’s no way to use this successfully unless you have really invested the time to get your horse broke,” says Winters, who is based in Weatherford, Texas. “He’s got to have a good understanding of how the bit connects his face, through his body and down to his feet. It is designed to be used strictly one-handed.”

For those who follow the West Coast, vaquero tradition of training horses, the spade bit represents the crowing achievement of a finished bridle horse, one that knows how to pack his head, neck-rein and respond to the slightest of cues. The spade is often referred to as a signal bit because its tall port, roller, braces and multiple joints send messages to the horse and give the horse time to respond before pressure is applied.

“As you pick up the reins, the horse feels this spade move away from his tongue, and if you keep pulling it’s going to contact his palate,” Winters says. “The braces give the horse a little more surface area on his tongue. It’s a big ol’ heavy bit, so you want him to be able to hold it so it’s not bouncing around in his mouth.”

Winters adds that the roller helps encourage the horse to salivate and keep his mouth supple. And considering the mouthpiece design, with a bar, braces and spade, the many points of contact lessen the pressure of any one part, making it less likely to inflict pain than many bits with a simpler design.

“Riding in this bit means that you have not taken any shortcuts and you have developed a horse with all the time it takes to carry this sophisticated piece of equipment,” Winters says. “It demonstrates that you have created something of great value—a true bridle horse.”

Richard Winters shares his insight on bits in Western Horseman magazine, in a series titled “Bit Basics.” He discusses the spade in the May 2020 issue.

Roll With It: Tips to Load a Bedroll

Gear of the Month — August

Gear of the Month — June