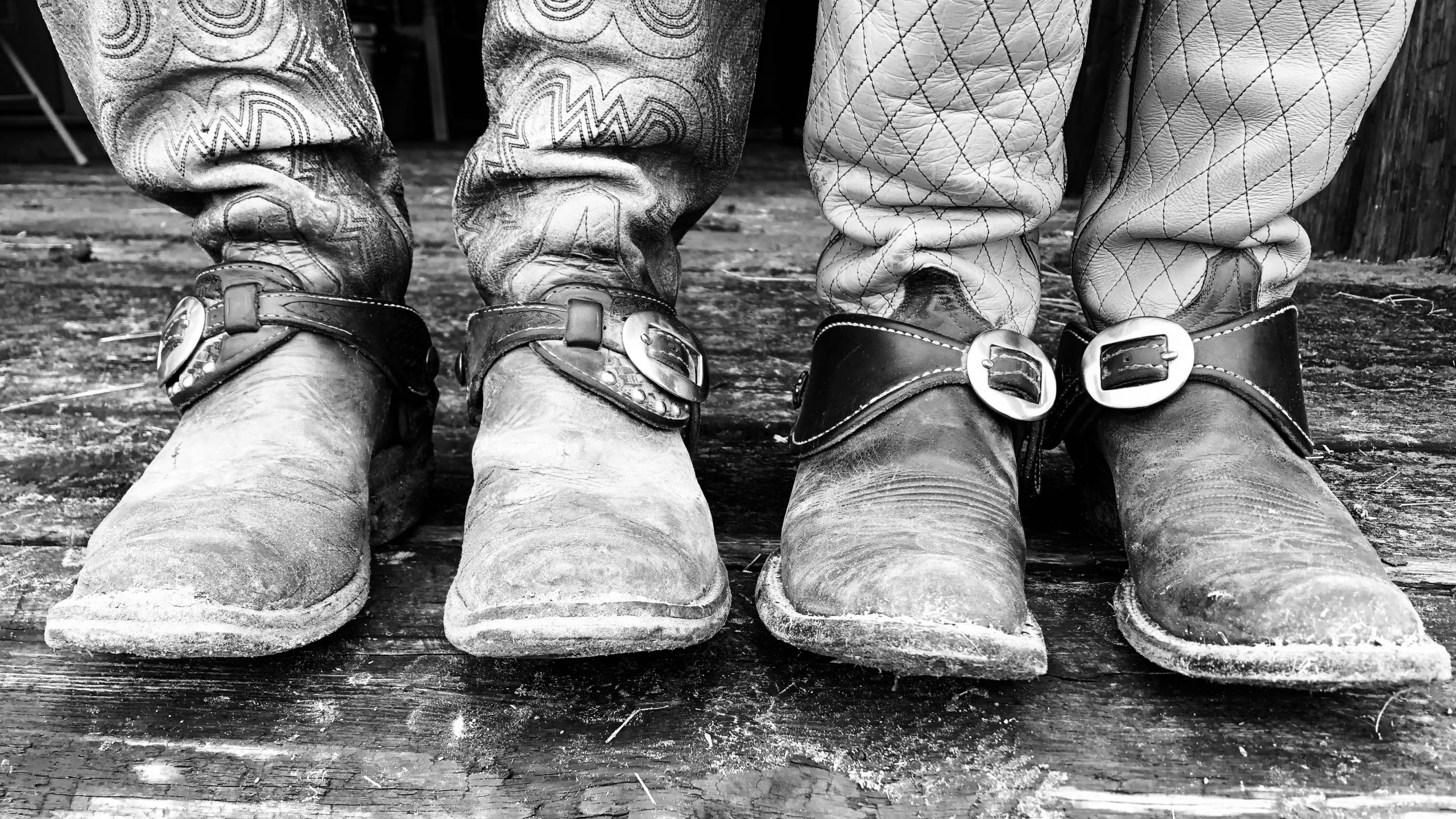 Spur Strap Buckles In or Out?

How a cowboy chooses to buckle on his spurs sparks a controversial conversation.

It seems that the United States is more polarized than ever. It’s getting to where I don’t even want to attend events for fear of a controversial topic sparking. I don’t want to get caught in the middle of a debate that I have no interest in participating.

However, in the spirit of these unprecedented times I’m going to throw a controversial curveball to spice up any future social encounters. I’m not talking politics, religion or even which George Strait song is best. My question to everyone is: Do you wear your spurs with the strap buckles on the inside or the outside of your boots?

Gasp. Yes, I put it out there. First, let’s talk about spur straps. With the exception of dovetails, spur straps have two pieces — one shorter than the other— that attach to the spurs’ buttons. One side is often short with a buckle and the other is longer with holes punched in it. Some styles have a pull-through strap that buckles within the other piece as well. Most of the folks I meet in Texas are of the die-hard, absolute opinion that spur straps buckle to the outside of your boots. Always. They argue that sporting buckles on the inside is dangerous, uncomfortable and just plain wrong. I came from California originally, and have seen plenty of people wearing their buckles on the inside, and I’ve never heard a complaint about discomfort or danger.

My understanding is that wearing buckles on the inside is a West Coast cowboy thing. The Spanish vaquero strongly influences the Great Basin buckaroos, who flaunt a lot of flashy craftsmanship on their leather and silver. Also, the Great Basin region is full of sagebrush, low trees and chemise. A buckle to the outside has a chance of getting snagged on something and falling off a boot. Now, horse trainers and arena cowboys from the same region aren’t necessarily influenced by the same thing, so they often have their buckles to the outside (and the rest of the country pretty much falls into this category, as far as I know).

A rider who swaps out his spurs a lot might find it easier to have his buckles on the inside, as he can set his boots on top of his opposite knee and undo his spur straps with ease. But a rider who holds his feet close and tight to a horse’s sides might feel discomfort from a buckle rubbing against his boots day in and day out.

In the grand scheme of things, it’s really more about the style of the spur straps and the region of the wearer that determines which direction the buckles should face. If there’s a pretty concho and tooled leather on one side of the strap and a cheap, simple little buckle on the other, it would be a shame to hide that fine craftsmanship on the sweaty side of a horse. On the flip side, if the straps are made to boast a pretty buckle, then that’s the side meant to be on the outside of the boot. Unfortunately, either way, most of us wear pants that are long enough to completely cover our spur straps so it’s a moot point.

I’m not a West Coast cowboy or any sort of buckaroo. I don’t train 40 horses professionally on a day-to-day basis, nor do I care to have a personal style based on what others think I ought to do. But since I brought it up, the way I personally wear my spur straps varies with the kind of straps I’m sporting. One pair buckles on the outside and two on the inside.

On another controversial note, after much mental debate I’m leaning toward “Does Fort Worth Ever Cross Your Mind.”