Underdogs steal the show at The American, the world’s richest one-day rodeo.

Reese Riemer won the tie-down roping and earned $600,000 at The American. Photo by Darrell Dodds.

In its second year, The American proved that it continues to be a star-studded rodeo of opportunity for those not ranked among the sport’s elite. Taylor Price and Reese Riemer split the $1 million bonus for contestants who qualified for The American and won one of its seven events. The RFD-TV event, presented by Polaris Ranger, was held March 1 in Arlington, Texas.

“I’m still just blown away,” Price told reporters. “This is the coolest rodeo I’ve ever been to! I was too broke, so my parents had to pay my entry fees to the Semi-Finals. This takes away a lot of the financial troubles I’ve had.”

Riemer, of Stinnett, Texas, won the tie-down roping after recording a time of 7.59 seconds. K.C. Jones of Decatur, Texas, won the steer wrestling with a time of 4.19 seconds. Lisa Lockhart of Oelrichs, South Dakota, completed her pattern in 14.726 seconds and captured the barrel racing title, as she did last year. 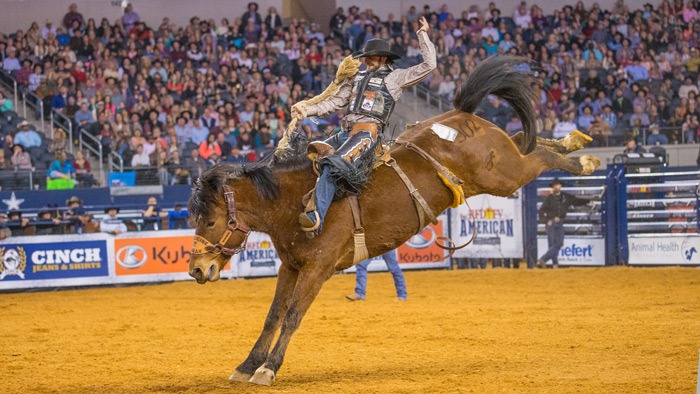 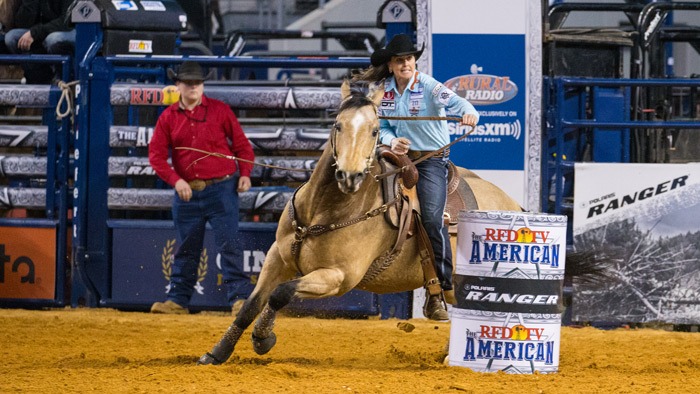 Lisa Lockhart claimed the championship in barrel racing with a time of 14.726 seconds. Photo by Darrell Dodds. 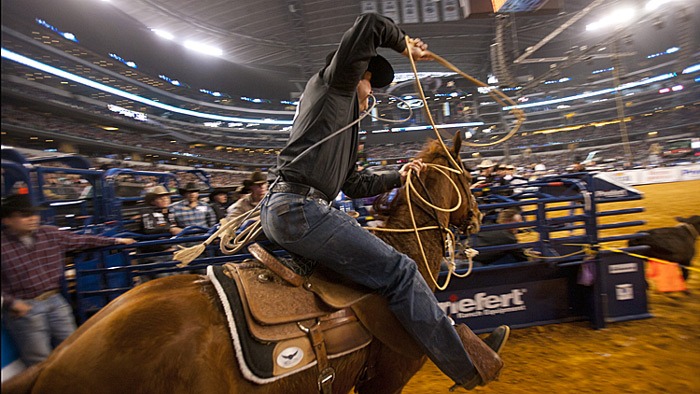 Trevor Brazile charges out of the box in the tie-down roping. Photo by Ross Hecox. 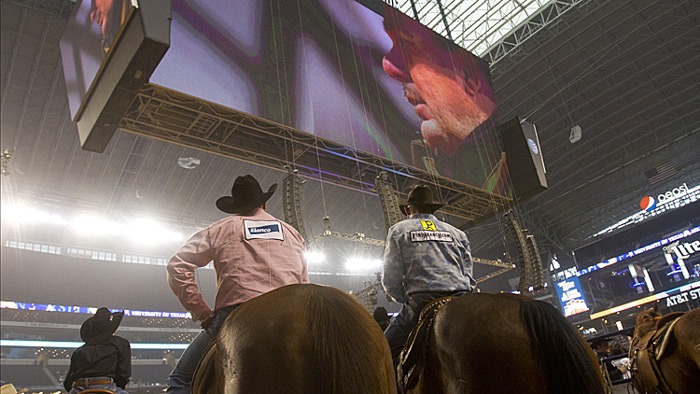 Ropers watch a video about Speed Williams on the big screen. Photo by Ross Hecox. 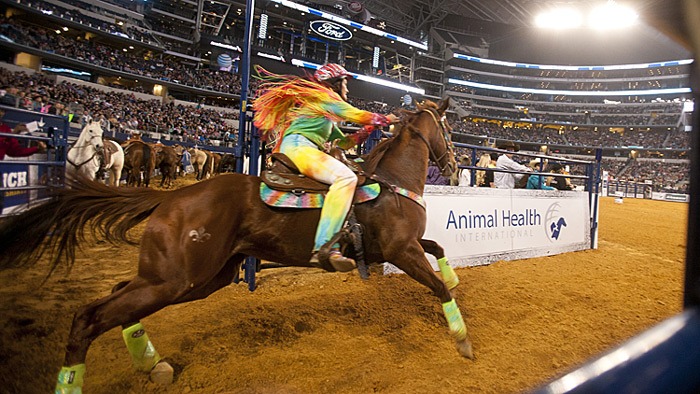 The always colorful Fallon Taylor launches into the arena during the barrel racing. Photo by Ross Hecox. 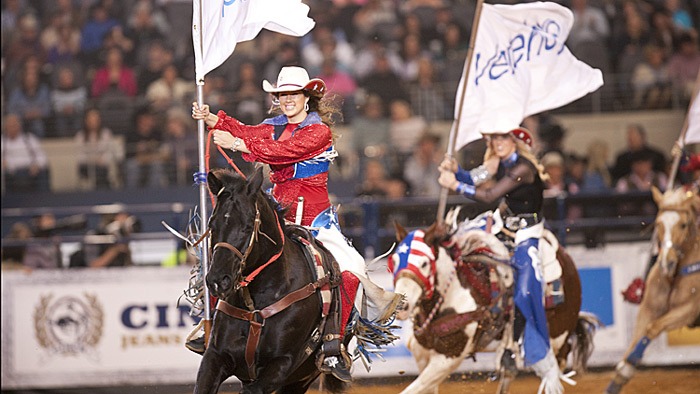 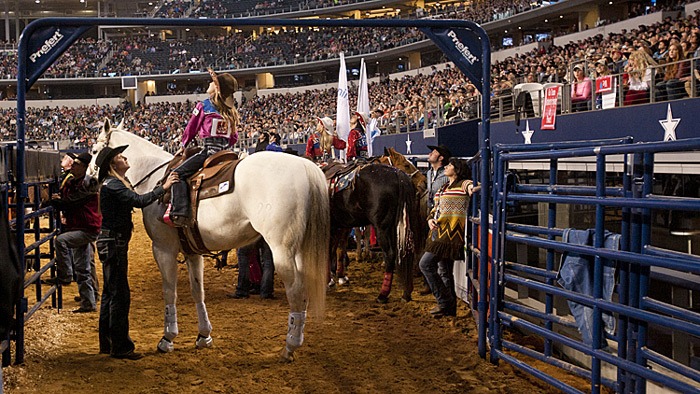 Chayni Chamberlain gets a pep talk from her mom before riding in the barrel racing. Photo by Ross Hecox. 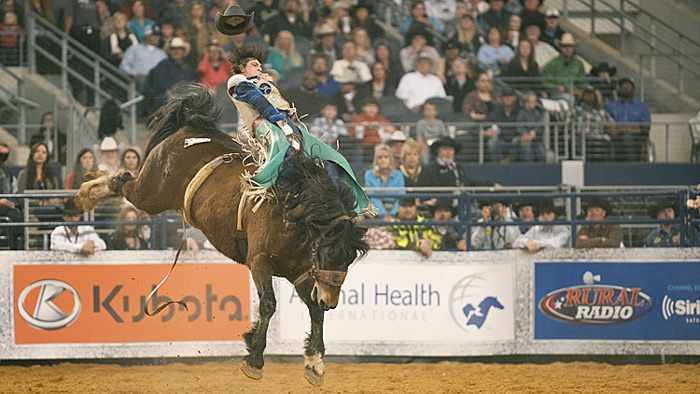 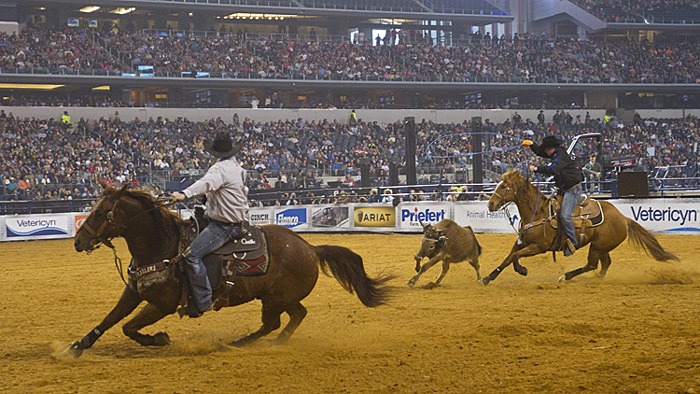 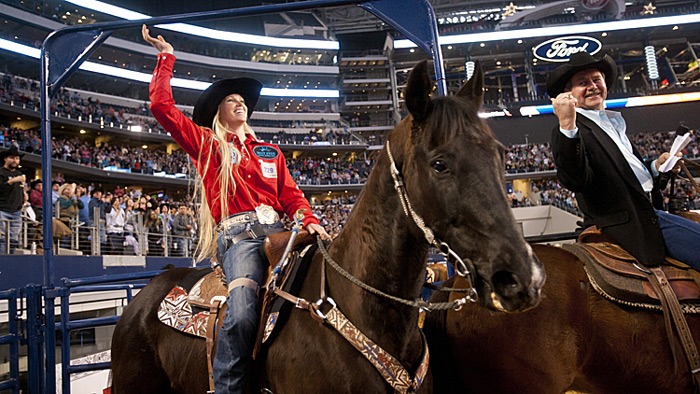 Amberley Snyder acknowledges the crowd after her run in the barrels. Photo by Ross Hecox.