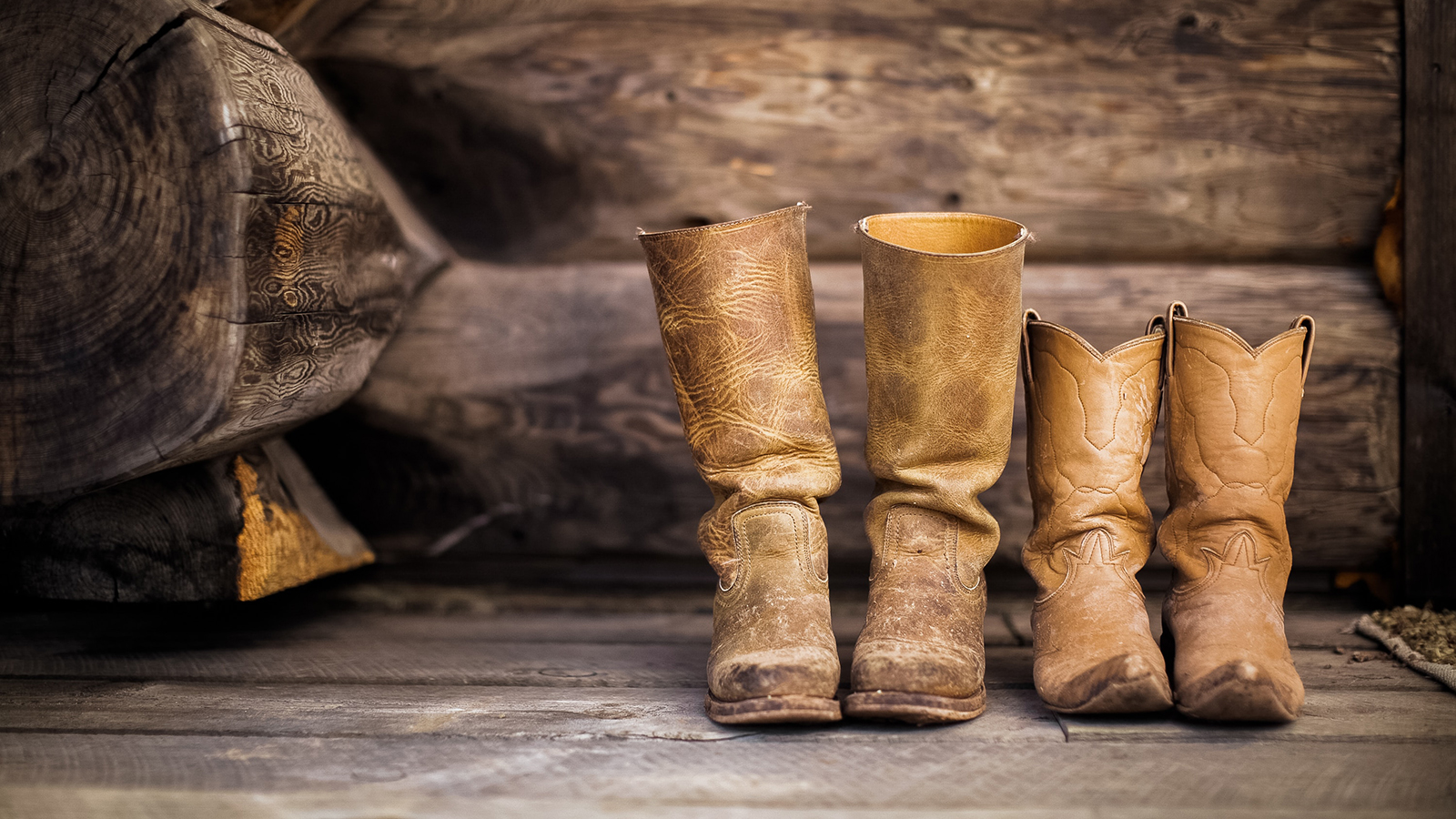 In honor of Valentine’s Day, a love story questionnaire has been making the rounds on social media this week. I filled it out with cowboy-centric answers, which are different than regular answers, because cowboys think differently than most folks. For example, if your cowboy had to choose between taking you out to a romantic dinner or entering a ranch rodeo, which bronc did he draw?

Where did you meet?

On a remote ranch under false pretenses. Jim was newly single, and I was the only available woman within 100 square miles of sagebrush and black Angus cattle. A mutual friend set us up. Thanks a lot, Dano! No, but seriously, it was fate, it was destiny, it was serendipity — it was an awkward handshake over a formica table in a fly-infested, single-wide trailer. I was soon to be a newlywed bride!

He is. Always has been.

Who was the first to say “I love you”?

He was, but he was looking at the bridle rack when he said it. Does that count? It totally counts. I’m counting it.

What is the furthest you have traveled with your cowboy counterpart?

We’ve been to both states — Nevada and Arizona. Oh, and parts of Texas, too. The cowboy I married refuses to travel east of I-25.

Who is more likely to show affection?

Well, we have three kids, and all I wanted was a back rub, so . . . him? But then again, he wasn’t even that into the back rub. The kids are probably my fault.

Um, we have three kids. Two are potty trained, but all three are nocturnal. This momma doesn’t sleep.

Who is the better morning person?

See above question and give me your best guess.

Who is the most sensitive person in your relationship?

Definitely me. I cry an average of three times a day, usually over diaper commercials. My husband never shed a tear when any of our babies were born, but I saw him wipe both eyes for several minutes when a wood rat chewed through his rawhide romal reins.

Who is more likely to rope a mustang on a sagebrush flat with a haze from a low-flying helicopter?

That would be my honey, who did that yesterday on his good black gelding. Go, Team Jim and Cuban Pete!

Who is more likely to build a fire in the front yard and cook spaghetti in a designer dress and a pair of cheap sandals?

This one’s all me; that’s how I spent the summer of 2017 at a cow camp in Arizona. But it would be kind of awesome (in a terrifying way) if that was Jim, right? Ha!

Who is better at cooking?

When “cooking” means “preparing dishes that consist of multiple ingredients, some of which are vegetables,” then I am the top chef in our kitchen. If “cooking” means “if it doesn’t fit in a tortilla, we don’t eat it,” then he is the master cook.

Gentle Horses … And Other Reasons to Give Thanks