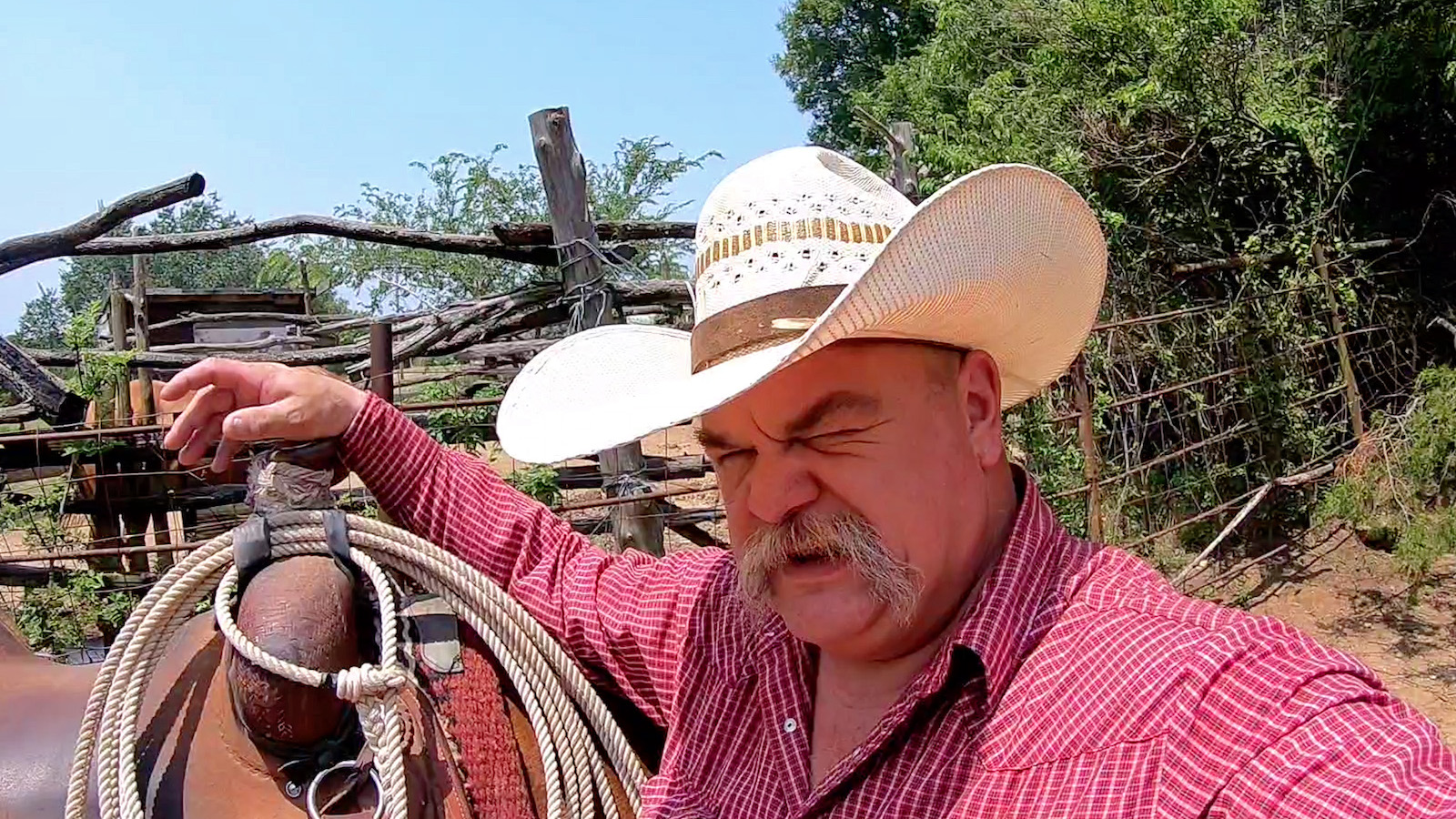 Shawn Williams, clad in a rare red pearl snap, shares an old-school cowboy trick for getting on a cold-backed bronc.

Only a highly trained cowboy fashion reporter could combine the tartness of cherry red with colors like “black olive” and “arctic fox,” but that’s what we’ve come to expect from Shawn Williams and his kaleidoscope of pearl snap shirts. Some might say his latest button-down is just red, but that would be like describing a red mott heifer as a brown cow.

And speaking of being tart, back in the day, big outfit remudas weren’t quite as gentle as today’s ranch geldings. They were known to bite, paw and run off. They might buck at the drop of a hat, or at the jump of a jackrabbit, or at the simple notion that they didn’t want some poor ol’ cowpuncher on their back. Getting into the saddle wasn’t always an easy chore, and a heady cowboy didn’t want the rest of the crew waiting while he danced around trying to step on a squirming saddle horse. Or, maybe even worse, he didn’t want to be swinging his leg across the cantle when that plotting cow pony saw its opportunity to blow up and send its would-be rider back to earth.

Savvy cowpunchers knew how to use a tie-string hobble and a quick-release knot to get on their horse with less commotion, and in his latest video, Williams shares this old-school cowboy trick.

Things a Ranch Mom Should Not Do