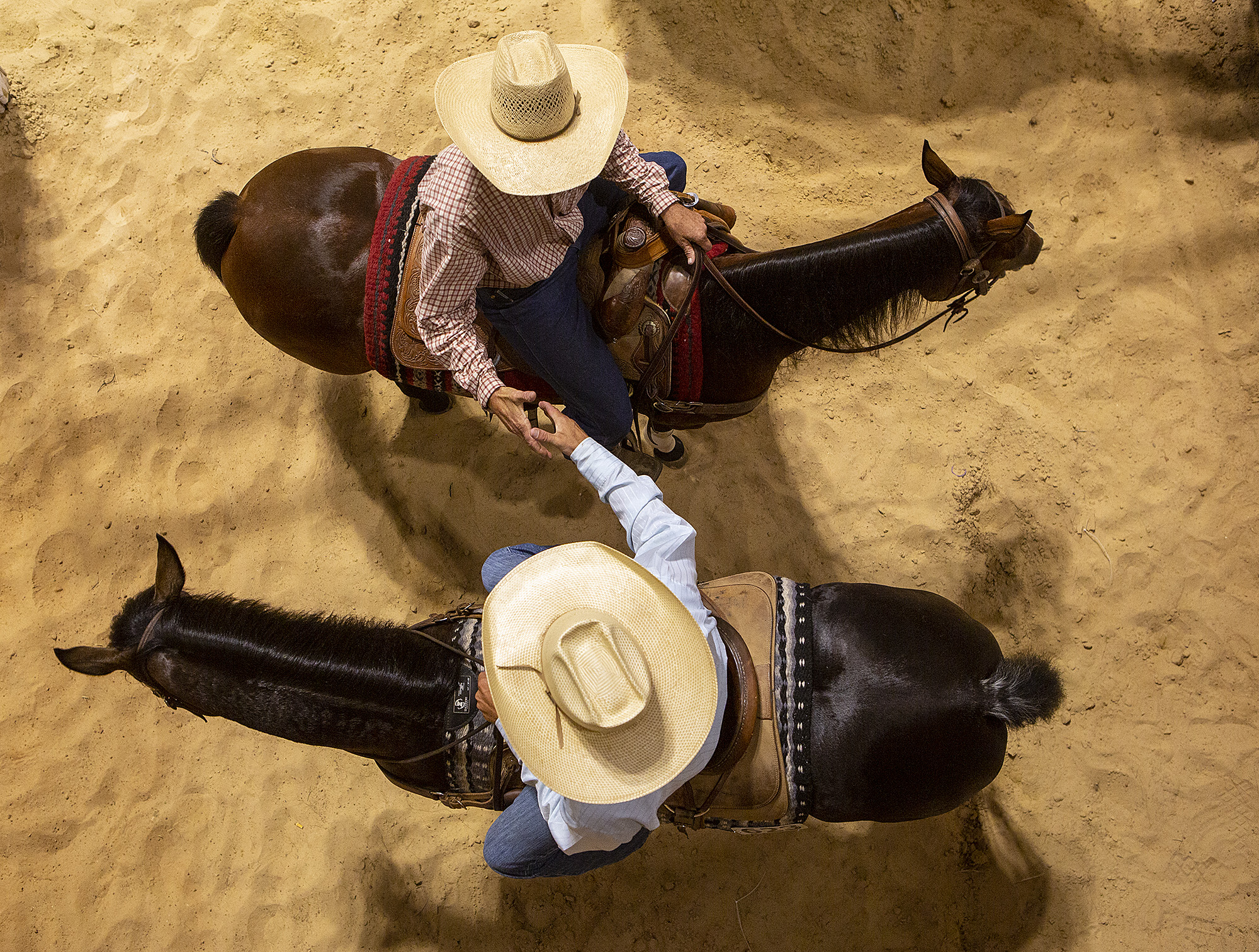 Is the Handshake Dead?

Some experts believe our society should do away with the custom of shaking hands. That’s a hard sell in the cowboy world.

In a May 27 article, Time magazine declared that COVID-19 killed the custom of shaking hands. Anthony Fauci, MD, Director of the National Institute of Allergy and Infectious Diseases, told the Wall Street Journal we should never shake hands again. And making our way around this brave new world might make a person think the time-honored tradition is on shaky ground–or the thought of shaking hands might even be dead.

Some in my circle are defiantly insisting on shaking hands. Upon greeting, others are trying to maintain a social distance and give a little half-hearted wave, some go for the elbow or fist bump, while others keep their arms folded or hands in their pockets.

I can understand the hesitation many have. While I’m certainly willing to shake hands, in the early days of the outbreak I had a scare after discovering a person I had recently shaken hands with spiked a fever. He tested negative for COVID-19, but I endured a couple of stressful days until the results came back.

Most folks think the handshake originated in fifth century Greece as a sign of peace and friendship: Presenting an unarmed hand. Later, the shake was added to make sure the other fellow wasn’t hiding a knife up his sleeve. In American culture the gesture is a greeting and departing sign of respect. An aside: Isn’t it funny how approaching with an open hand is now considered aggressive while approaching with a clenched fist is considered safe? A few months ago, if you went into a convenience store with a mask on, avoiding people, you’d raise suspicions. Not now.

Returning to the topic at hand, pressing the flesh has also become a sign for sealing a deal, that both parties will agree to uphold their end of whatever bargain (or sometimes bet) was struck. If a kid wants to get out of a bet he’s lost, he might declare, “We didn’t shake on it!”

The point is, a handshake means something—or at least it should. Cowboy culture, especially, has a firm grip on the gesture. If cowboys greet each other on a chilly morning, they’ll go through all kinds of machinations to actually remove their work gloves to complete the act. If it’s real frigid, they’ll politely tell each other, “ ’scuse the glove” as they shake. Even so, shaking a gloved hand just doesn’t seem proper.

I believe the insistence in cowboy culture on a handshake to seal the deal or greet one another flows from the turbulent frontier days when written contracts, witnesses to agreements, and courtrooms weren’t yet in place. Some old ranchers hold so tightly to this idea that they’re insulted by the idea of a contract, as if asking for one implies their word is untrustworthy.

In addition to the Time article referenced above, Wired, USA Today and Forbes magazines are offering ideas to replace the handshake.

I can tell you, though, that shaking hands is not dead, as evidenced by my experience at the world’s biggest rodeo (measured by entries), the National High School Rodeo Finals in Guthrie, Oklahoma. (Big shout-out to the Lazy E Arena, folks, by the way, for giving the kids a place to compete.) The entire week was if we’d travelled eight months back in time. Folks I hadn’t seen since our state shut down the competitive season, old friends from other states, new acquaintances—we all shook hands as a matter of course. And it was so refreshing!

As I made my way through the week, shaking hands and sitting right next to people in the stands to watch our children compete, I began to realize something. Humans have a herd instinct—and trying to stifle it is against our nature. We need face-to-face interaction and physical contact to satisfy our humanity. Remote and virtual interactions are just not enough.

This may be a time to suspend our normal customs for each other’s safety, but I’m betting the handshake—especially in cowboy culture—will never die. Want to shake on it?