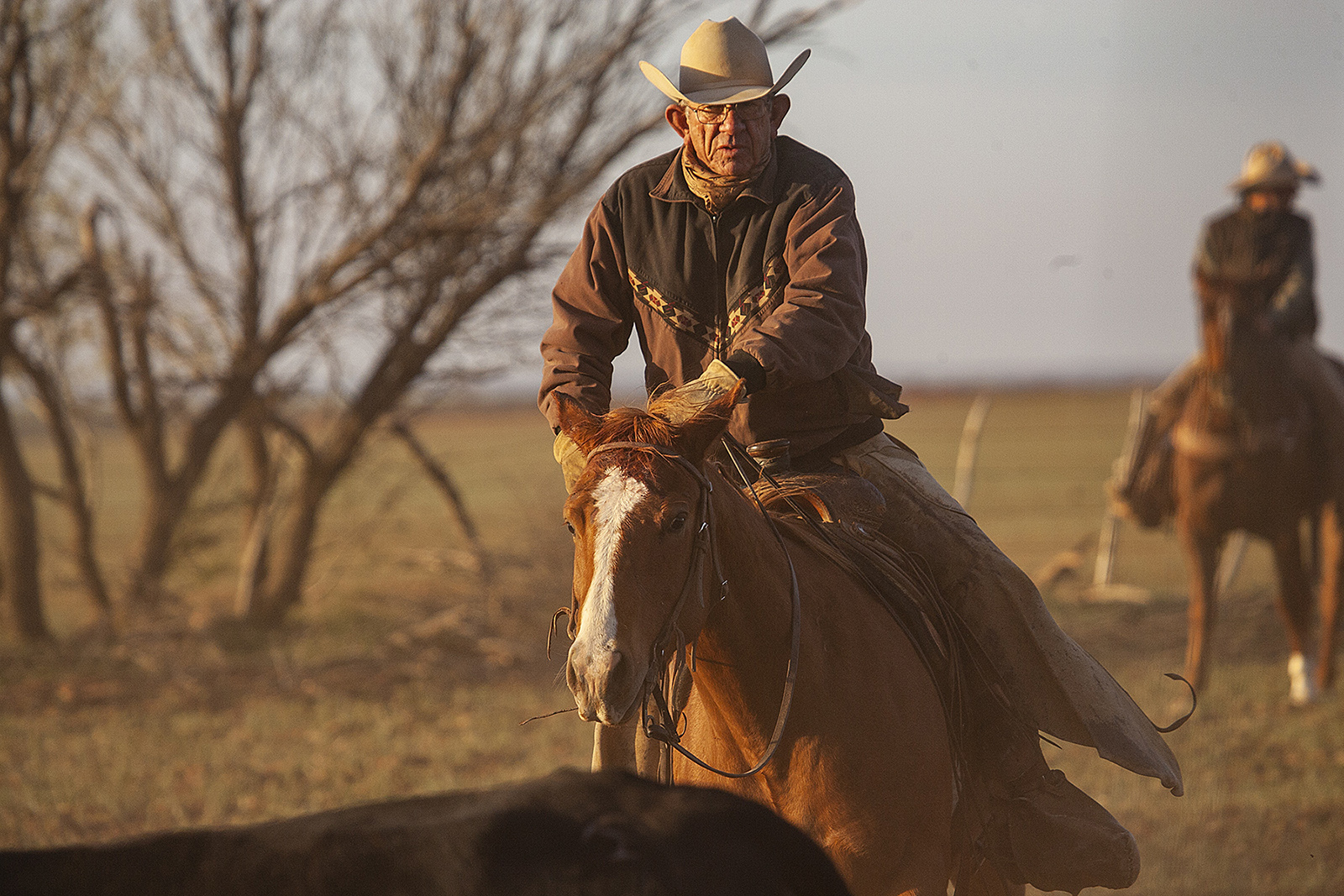 The Secret to Cowboyin’

So you want to live the cowboy life? You want instant respect when you back your horse out of the trailer no matter whose cattle guard you cross? Through years of experience, a vast network of contacts and applying my best investigative journalism skills, I have uncovered the key to living your best cowboy life now.

It’s no stretch to call Tom Moorhouse one of the top hands of his generation. His cowboy credentials are nonpareil in the Western world. He’s punched cows from Texas to Montana and plenty of places in between. In fact, the only times in his life when he hasn’t cowboyed is when he was hurt from cowboyin’. It is only natural to seek his wisdom about cowboyin’ in my quest to unravel this mystery.

Of course, Tom wasn’t born knowing this secret. He was raised with three brothers, and their father, Togo Moorhouse, molded them into a working crew.

“His goal was to make cowboys out of us,” Tom says. “He was a fella that didn’t put up with much foolishness.”

Togo’s only hired man had three sons himself. With seven teenaged boys as his crew, Togo developed a simple saying that he hoped would stick in their, ahem, developing brains. So, here it is, the secret to cowboy life according to Togo Moorhouse: A good cowboy knows when to ride up, when to hold up and when to shut up.

Expanded a little further, if you’re to be of any help when working cattle, you can’t drift from your responsibilities: Ride up, stay involved and don’t force another man to cover for you. But don’t go so far that you fall off the barn the other way. Sometimes cattle need a moment to find their own way, mashing on them will only scatter the herd and cause trouble: Hold up.

Finally, if you’re hollering and screaming at cattle or chattering with your pard, you’re likely to miss the moment when you ought to be riding up or holding up, so: Shut up.

“He said, ‘I don’t care if you talk, just don’t look at each other when you do it,’” Tom remembers with a sly grin. “Keep our eye on the bossman, you should be able to communicate with him without him having to say a word.”

He’s right. I’ve been on crews where nary a word was spoken from the time we thanked the cook for breakfast until the cattle were penned and the boss doled out assignments for corral work. That entire time, men knew their jobs, looked to the boss for any subtle cues of when to drop out of the jig line or lope ahead to get the gate. High expectations were set and met.

Calving in the Snow

How to Tick Off a Rancher

Swept Up in the Storm