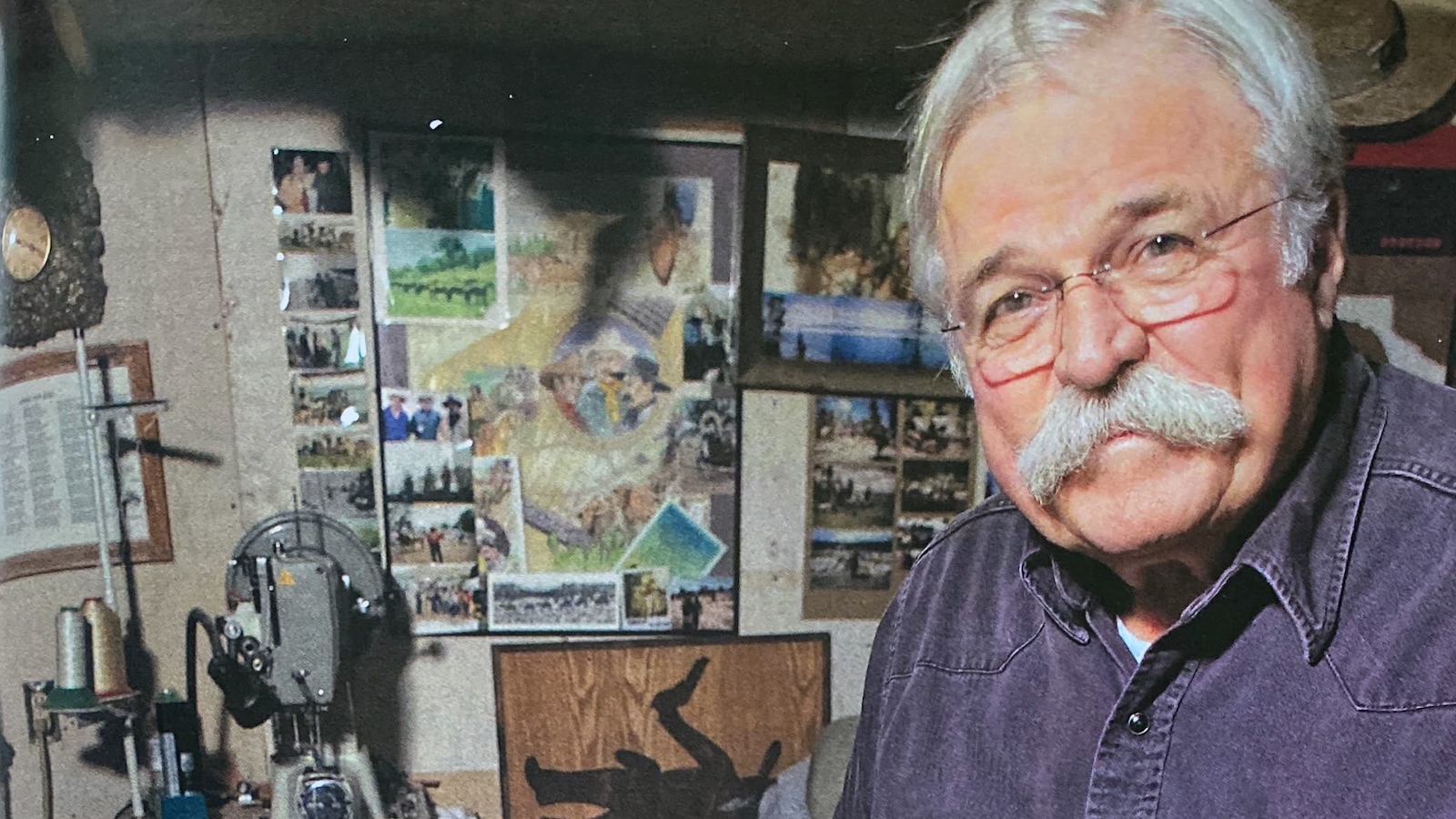 A victim of “bench fatigue,” saddle maker Al Gould once quit his leatherworking business to pursue a corporate career. But after years of big city life, he returned to his hometown, picked up a swivel knife, and never looked back.

Janet Norris, a full-time accountant and part-time saddle maker, remembers the first time she met Al Gould at a saddle making class he was teaching in Wickenburg, Arizona.

“I thought he looked more like a guy who’d be pouring concrete than building pieces of art,” she says, “but the first time I saw him pick up a swivel knife, I forgot about how imposing he was and paid attention to the delicate work he was creating with those big hands of his. He really is an artist and a skilled teacher. I’m glad he’s finally getting the recognition he deserves.”

That recognition came on May 7, when Gould, along with 32 other artists, was featured in Art of the Horse, an invitational Western gear makers show to be held at the Buffalo Bill Historical Center in Cody, Wyoming. Supported in part by the American Masterpieces initiative of the National Endowment for the Arts and by the Wyoming Arts Council, the show featured 33 pieces by some of the most accomplished saddle makers, bit and spur makers, and rawhide braiders in the country.

The show is a spinoff of an oral history project, Gear Makers of the West, conducted by saddle maker Gordon Rees Andrus and videographer Jim Garry, both from Cody, Wyoming. The purpose of that project was to capture how “artists of significance” came to their work, and to discover the artisans’ perspectives on taking traditional crafts and transforming them through contemporary design for modem-day use.

“When the Wyoming Art Council became aware of the oral history project, they became very excited about the possibility of showcasing some of the work produced by the artists interviewed,” says Maryanne Andrus, Gordon’s wife and the historical center’s director of education. Consequently, the BBHC got a grant from the Wyoming Arts Council to put this showcase together.

“In choosing participants for this show, we weren’t necessarily looking for the most famous gear makers. Rather, we were looking for artists who are recognized by their peers for being important contributors to their craft—artists who have taken their work in a new direction or created a new standard of excellence.”

For a guy who once walked away from a promising merchandising career with Byer­Rolnick, then the parent company of Resistol Hats, Al Gould’s recent accolades have been a vindication of sorts. In addition to his invitation to the upcoming show, Gould received the 2009 Al Stohlman Award for Outstanding Achievement in Leathercraft. The Stahlman award honors the accomplishments of individual leatherworkers and is given only to people who have demonstrated dedication to the craft by following the example set by Al Stohlman, one of the world’s most talented and best known and respected leather­workers.

“Al Stahlman single-handedly raised the bar for leatherworkers everywhere,” says Gould. “I was a youngster working in a Clovis, California, saddle shop in the late 1950s, when a tall, attractive lady came in on a Saturday and asked if l could open up on Sunday for a few hours. It was an unusual request, but I had lots of work to do, so I agreed. The next day, she walked in with a gentleman and introduced me to Al Stohlman, who was in town for a few days visiting local leatherworkers.

“Well, I was stamping a barrel racer on a piece of leather and was having trouble making the horse look realistic. Stohlman picked up a piece of leather and a few tools and showed me how to create the illusion of a three-dimensional character on a flat plane. Within a few minutes, he’d created a design that was accurate in every detail.

“I never forgot his kindness or his interest in helping me. That left a lasting impression on me, and I’ve tried to keep his patience in mind when I’m teaching.”

Art of the Cowgirl Preserves the West Through Fellowship Program