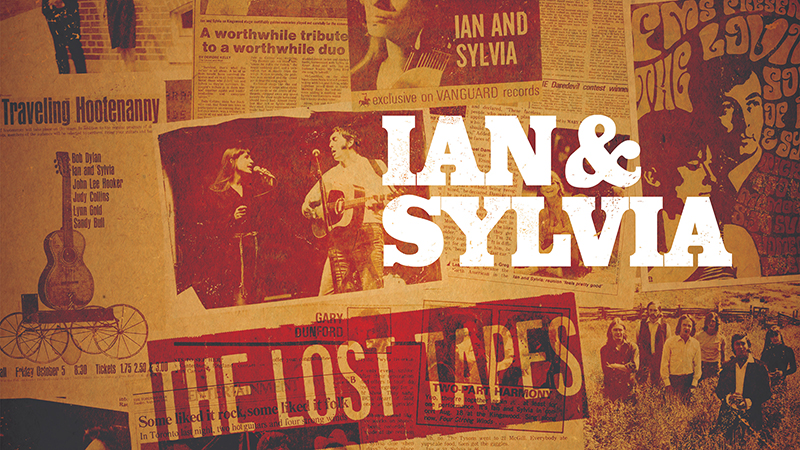 The combination of Ian Tyson and Sylvia Fricker was historic. They were true pioneers of the singer-songwriter movement.  Both Canadians, Ian & Sylvia were part of a sensitive era as the 60s gifted us with other Canadians who would change music perceptions worldwide including Neil Young and Joni Mitchell.

Ian & Sylvia started performing together in 1959, right at the explosion of the folk music scene. As Tyson remembers in his first book, I Never Sold My Saddle (Gibbs-Smith, 1994), his music journey before meeting Fricker was, like many of his songs, a story in itself.

“I had a line-bred, British Columbia Greek girlfriend in Los Angeles,” he writes in the book. “She told her parents she was going to a design school down there. I drove down (from Canada) to see her in an old Dodge that died on the Grapevine Hill, heading out of Bakersfield. The first person to offer me a ride was Sam Peckinpah. I was wearing a straw hat, looked like a cowboy, and he picked me up. He was doing Gunsmoke. He said, ‘If you’re starving, come on out. Can you ride?’ I said, ‘Shit, I can ride anything.’ He gave me his card, but I didn’t see him again for twenty-five years, not until he was directing Pat Garrett and Billy the Kid with Kris Kristofferson. I never took him up on his offer. My girlfriend ran me off. I hitchhiked back home.”

Sounds like the basis for a Tyson song doesn’t it? Actually, it was.

Having graduated from art school in Canada, Tyson got a job as a paste-up artist for an ad agency. He did some illustrations (Western-themed ala Will James) and even designed a logo for a dandruff shampoo. But music was his driving force as Tyson was singing in coffeehouses around Toronto.

“It was like breaking horses. I just blundered into it,” Tyson said of the coffeehouse experience.

Coffeehouses were springing up all over Canada, and Ian started covering the songs of Bob Gibson, such as “There’s a Meetin’ Here Tonight”. He became an instant folk musician. When Tyson met Fricker in 1959, the song “Tom Dooley” had started a cultural shift, and by 1962 the folk boom had taken on a life of its own and Ian & Sylvia were right in the middle of it.

Fricker was seven years younger than Tyson but they found they shared an interest in the Anglo-Celtic musical forms that were the underpinnings of North American folk music. Who knew?

“Our love for the music was genuine, “ he wrote in his book, “but Sylvia was the one who searched out those wonderfully esoteric songs. She had done that long before we started working together.”

During the 60s and early 70s, the duo of Ian & Sylvia were among North America’s leading singer-songwriters achieving huge commercial and critical success, creating 13 studio albums. Their folk standards, “You Were on My Mind,” credited to Fricker, was later covered in 1965 by the rock quintet, We Five and climbed the charts to become a worldwide #1 hit single; and Tyson’s classic “Four Strong Winds” was deemed by the Canadian Broadcasting Company an “essential piece of Canadian music.”

On writing “Four Strong Winds” after spending an evening with Bob Dylan, Tyson said, “Damned if I know what the four strong winds were. I wrote it in (our manager) Albert Grossman’s little apartment in New York on a rainy fall day. It was basically the first song I’d written. Thirty minutes. It came real easy. The first ones always do. It was strictly autobiographical. It was about my Greek girlfriend in Los Angeles. Now the song has become larger than life. It sounds pompous, but it has developed its own identity. Charted its own course. It’s a great machine in the key of G.”

And that it has, having been covered by everyone from Hank Snow to Judy Collins to John Denver to Neal Young, who included it on his 1978 album Comes a Time, with harmony vocals from the Nicolette Larson. Young declared it the greatest country song he had ever heard.

“Four Strong Winds” is just one of the live performances and previously unreleased tracks on the long awaited double album, Ian & Sylvia The Lost Tapes released by Ian Tyson’s longtime Canadian label, Stony Plain Records. Twenty-six tracks in all, the double album features many from Ian & Sylvia’s catalog of incredible and timeless music. Besides “Four Strong Winds,” some of the duo’s best known repertoire is included in this rich retrospective collection including “Summer Wages,” “Crazy Arms,” “Four Rode By,” “Will The Circle Be Unbroken,” “Crying Time,” “The Goodnight Loving Trail,” and the list goes on and on.

Ian & Sylvia The Lost Tapes is a long-awaited window into the creative lives of these two significant artists. In 1975, the two divorced and amicably went their separate musical ways. Fricker continued with a successful solo career as did Tyson with his own legendary, Western influenced repertoire.

The release of Ian & Sylvia’s double album coincides with this month’s celebration of their individual inductions into the Canadian Songwriters Hall of Fame.

Listen to different renditions of “Four Strong Winds” below:

The Brothers Four at UCLA – https://youtu.be/WtR7mp21yeU