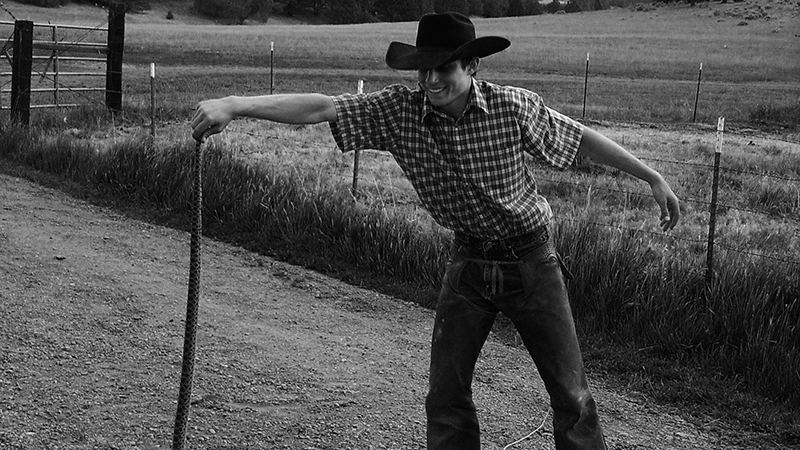 Ah, Spring. The sun’s out, the grass blankets the country in vivid shades of emerald, and the leaves are fresh and brilliant on the branches of the mighty oaks. It’s time for all of us to think about shedding coats, worming everything, baby animals and weed-eating.

And, of course, the snakes.

The people who I associate with share a fairly common, negative opinion about the slithering creatures, and I can understand why. Snakes generally pop out of dark places and surprise a person. They are odd movers, they can bite, and some of them are downright dangerous, poisonous and deadly. It seems that most of the cowboys I know bear a particularly sizable phobia/ hatred for the creatures. They kill any serpent in sight.

I don’t exactly like them, but I can coexist with certain snakes and can recognize the value in having them on the planet. I’m thankful that the non-venomous ones keep the mice and rat population down, as well as offer competition for the poisonous ones to contend with. Now, this doesn’t mean I like being surprised by them, want to touch them or keep one around as a friend, but I will often let a “good” snake go about his business when I see one.

The line is drawn when it comes to something poisonous, however. Here in Texas, I’ve always got my eyes out for water moccasins and copperheads, because there is no place for them around dogs, kids and livestock. And we have certainly seen our share since we moved here. Years ago, when I lived in Colorado, rattlesnakes were constantly on my radar, and though a tiny part of me felt badly for getting rid of them, I killed any of the ones that I came in contact with. They were a real problem on the ranch I lived on east of the Rockies. We had cattle, dogs and a gelding once bit by prairie rattlers and it took a long time and plenty of effort for the damage to heal on every animal.

I remember the first rattlesnake I exterminated. I was out riding alone on a grey colt I owned named Ferrous. I was checking a north pasture of yearling heifers and was headed back to the barn when I spotted it. It had seen me first and was overly aggressive for the situation, already coiled and angry by the time our paths crossed. I briefly considered letting it go his own way and live life.

But, I thought about the heifer’s snakebit leg we had been doctoring, and I decided it needed to go. As the snake rattled, I scanned my horse for something to use as a weapon (thinking back now, I can’t say why I didn’t have a rope on my saddle) and finally concluded that the best thing I had was a running martingale. So, I removed it from Ferrous’ neck with shaky hands and whipped that snake right on the head.

It was a surprisingly quick affair and I was shocked at my accuracy. I wanted to cut its tail off to bring back to the others, but my hands were shaking and every time that dead snake wiggled its tail it made me jump, so I left it. I gave myself a few minutes to let my nerves and adrenaline settle and I rode back home.

By the end of that summer, my count had gone from 0 to 37 confirmed kills. I started carrying a rope with me and was better prepared from that day forward. After the first few I terminated, my hands became as steady as a surgeon as I took the buttons, and I gathered quite the collection over my years there.

I’ve had dogs that were afraid of snakes and others who treated them like a game. I’ve had horses that ignored the serpents and others that shied whenever they saw one move. The gelding I had that was bitten got it right in the nose. I’ve heard that the reaction and healing time can vary from horse to horse, but this horse got hit with a lot of venom and it took him about 9 months to get back to his normal physical condition.

So, yes, I still feel a little badly when I have to get rid of snakes, but when they carry venom in their fangs, they can’t be around my outfit. And if they are the “good” types of snakes, I usually let them slide away into the grass to keep the mice and other snakes at bay. (As long as there aren’t any cowboys around to see it.)