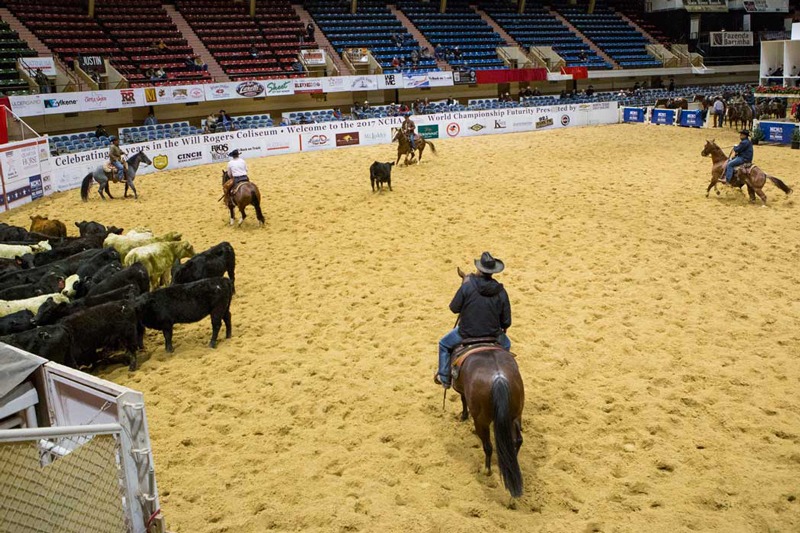 They may not take center stage, but cutting wouldn’t work without them. We share the stories of five great turnback horses that exemplify the traits that make these support players invaluable to the sport.

Just outside the limelight at any cutting in the country, you’ll find a special set of horses. They don’t nab the headlines, take home the big checks or retire to a life of leisure in the breeding barn. But their contribution to the sport of cutting is incalculable. We’re talking about turnback horses, the unsung heroes of the sport. Here, we showcase a small handful that have not only helped cutting competitors earn millions of dollars over the years, but that also represent all the traits that go into making a superior turnback horse.

A Dash of Cow Sense
“They need to be solid, athletic horses, and they need to have cow,” said Mike Kelly, NCHA assistant executive director and director of national sales. “Maybe not enough to be an open competitor, but most turnback horses are on the verge of being a good cutting horse.”

Such was the case with Ascension Banuelos’ horse Brownie. Before the Banuelos family bought him, he was trained as a Futurity horse and was shown extensively. “He won some good money, and people say he marked [74s] and [75s]. He was a neat little horse,” said Ascension’s wife Tiffani.

Brownie was also a little too smart for his own good. When an amateur competitor purchased him, the gelding soon learned that his new rider wasn’t the one in control. Brownie started running out on him, and the Banuelos family ended up with a new horse.

Brownie became the first competition horse for their son Adan. “The first time Adan went to a show, he was 6 or 7,” said Tiffani. “He took Brownie and got a little check. Brownie hadn’t even been tuned up.”

Despite his show-pen exploits, Brownie found a higher calling as a turnback horse. “He was so talented he could almost do it himself,” Ascension said.

Ascension recalled one time watching cattle as they were being settled. He was sitting on Brownie in the pen when a cow slipped out of the herd and bolted toward the warmup area. “He just jumped up and got him on his own!” he said.

Somehow Ascension kept his seat, and Brownie got his cow turned.

Matlock Rose also remembers the talents of his Leo San turnback horse, Redwood San. “I worked cattle on him all the time, and [at cuttings] I’d loan him out to friends whose helper horse may have been injured,” said Rose. “Whether the rider knew what they were doing or not, he’d handle the cow.”

And Buster Welch fondly recalls his former turnback horse Rabbit: “He was such an honest, good cowhorse. You could put people on wanting to learn cutting, and he’d win amateur cuttings with them.”

“They need to be calm,” said Kelly. “You can’t have your turnback horse prancing up and down in front of the herd or acting up. If you were looking for a good kid’s pony, these are that kind of horse. Nothing fazes them. There have been several that have even been ridden into nightclubs and bars. And you have to have a calm horse to do that!”

Rabbit is a case in point. “It takes a goodnatured, cool-headed horse to turn back,” Welch said. “Rabbit could work all day and not get nervous. One time, Amarillo Slim borrowed him and rode him right into a casino in Las Vegas. He played poker on Rabbit, rolled the dice on him and rode him all through that casino.”

But that’s not all. According to Welch’s wife Sheila, Rabbit and another top-notch Welch turnback horse called Enchilada really were ideal kids’ mounts. “We have ten grandchildren, and all ten have ridden both horses,” said Sheila. “We even lend Enchilada to some of the grandkids’ friends for high school rodeo.”

The Banuelos family tells a similar story about Brownie. “He’s a really good turnback horse, and he’s sweet,” said Ascension’s 12-year-old daughter Erica. “Anybody can ride him. All of my cousins ride him. He was my brother’s horse, and then my sister’s, and now he’s mine.”