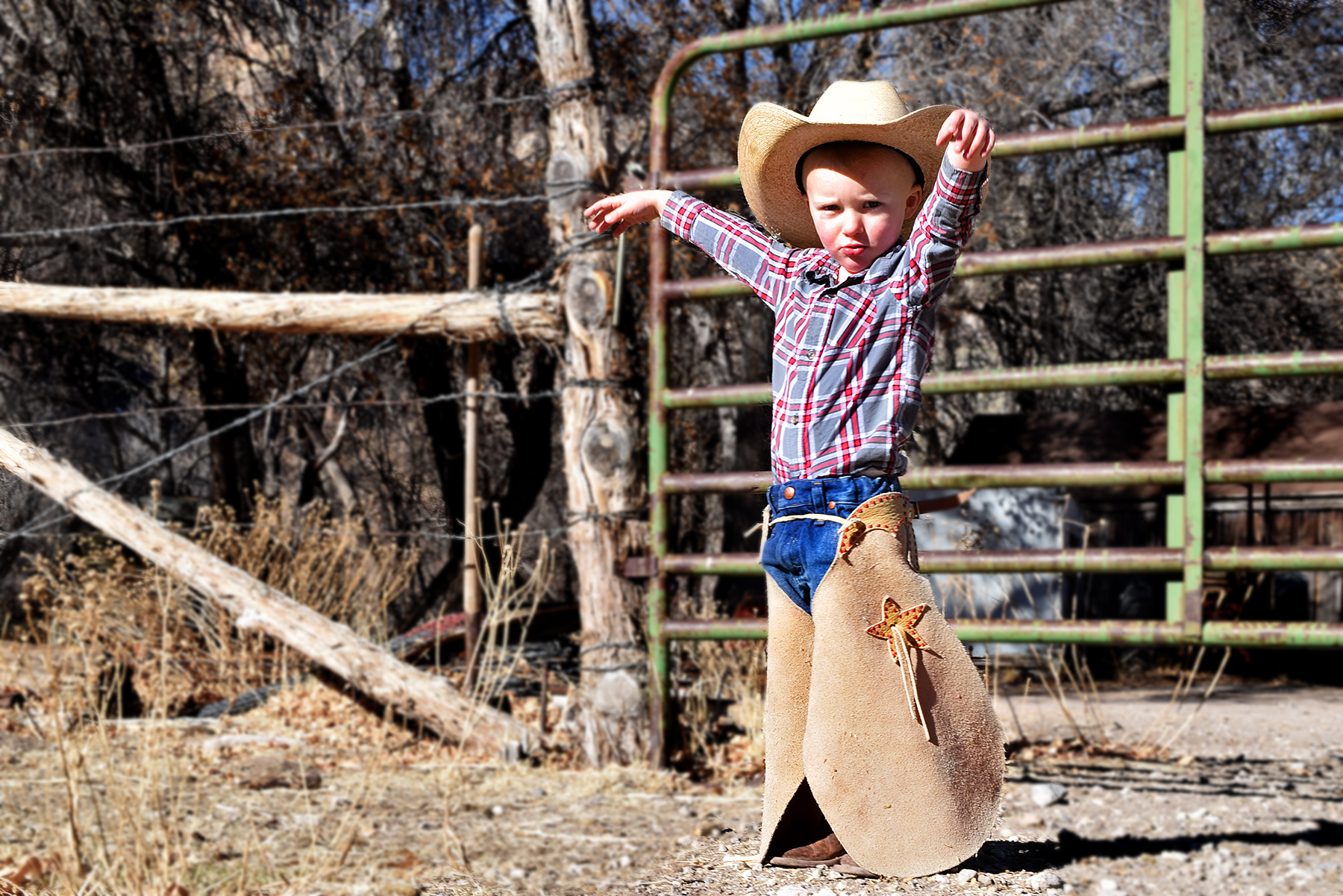 Before you start cussing me for even suggesting the classic rodeo film “8 Seconds” can be watched too much, just hear me out.

I know that some of you read the title of this blog, threw down your phones, leapt out of your chair and yelled, “What?! There’s no such thing as watching 8 Seconds too many times!”

I hear your concern. The movie, which documents the life and legacy of bull riding legend Lane Frost, as portrayed by Luke Perry, is a cowboy culture classic. But my 6-year-old son Milo became enamored with 8 Seconds as a toddler and has only grown more obsessed with the film through the years. He used to fall asleep clutching the DVD case, and he once woke up both his dad and me at 3 in the morning, screaming to watch “Bull riding! Bull riding!” I invite you to live with him for a week and then we’ll revisit the topic of how much 8 Seconds is too much.

Here are a few other side effects of watching 8 Seconds too many times.

Your children will spur anything.

Milo and his 3-year-old brother Levi will climb up on the roping dummy, arm of the couch, or any nearby bench, throw one arm over their heads and rock back and forth while yelling, “I’m a bull rider!” I think it’s cute, but we have gotten some strange looks in the grocery store. Apparently, town people aren’t used to seeing cowboy kids spur the grocery cart down the aisle. Those carts can get a little rank sometimes, too. You don’t want ‘em to get ya down in the well.

You start saying things like “down in the well” in everyday conversation.

I’m a grown woman with crow’s feet around my eyes and three kids who call me Mommy, but now I hear myself saying, “Stick your chest out, point your toes, pull your hat down and yer gonna cover ‘em just fine.” I blame Luke Perry.

Turkey feathers become all the rage.

Milo decided he needed a feather ever since he saw the huge one in Lane’s hat. Turkey feathers are a dime a dozen in Texas, and apparently 1980s Oklahoma, but they are much harder to find here in northern Nevada. Luckily for Milo, the ranch where we live is home to a roving flock of wild turkeys. He now has a feather in his town hat, his work hat, his ball cap, and a collection of extras under his bed. A guy doesn’t want to be caught without his favorite accessory from his favorite rodeo hero.

His language took a turn for the worse.

You saw this one coming, right? After a few viewings of 8 Seconds, it’s inevitable that kids start talking like Tuff Hedeman. I walked into the living room the other day just in time to hear Milo start in on an imaginary rival.

“But Tuff Hedeman does.”

“Yeah, well, most rodeo cowboys do a lot of things their mothers don’t want to hear about.”

But that is why I love 8 Seconds. It shines a light on rodeo in a way that shows the sport to people far beyond the typical cowboy crowd. The film, with its stellar lineup of stunt men like Ty Murray and Tuff Hedeman, is destined to remain a classic for years to come. And it is available for viewing any time in my house. Just not at 3 in the morning.

Tips for a Merry Christmas

Tipping Our Hat: Monumental Changes in 2022