Founding members and descendants of the APHA unveil their offical mark in history.

On February 16, 2016, the American Paint Horse Association unveiled and dedicated an official Texas Historical Marker at Chili’s Grill & Bar in Gainesville, Texas. The marker honors the site of APHA’s founding meeting, which took place on February 16, 1962, at the Curtwood Motel. Rebecca Tyler met with a group of North Texas and Oklahoma horsemen and formally organized the American Paint Stock Horse Association; now known as APHA and headquartered in Fort Worth, Texas; the organization is the world’s second-largest equine breed association.

Recognized with official Texas historical marker #17745, the sign was installed on the Chilis’ property, which sits on the original site of the Curtwood Motel coffee shop where the like-minded horsemen and -women worked to legitimize the American Paint Horse as a breed with defining standards.

Founding members and their descendants, as well as APHA past presidents, former executive directors, the Cooke County Historical Society, members of the American Paint Horse Foundation and other guests were present for the unveiling and dedication. APHA member and Creative Director Art Vasquez atop his Paint gelding, Top Deck Champagne Jr, unveiled the marker to the delight of the assembled guests.

APHA Founder Rebecca Tyler Lockhart did not live to see the installation of the marker; the Paint Horse world said goodbye to this legendary horsewoman May 31, 2015. Rebecca’s legacy lives on in the barns of Paint Horse enthusiasts everywhere, stamped indelibly on their hearts through the shared love of stock horses that stand out from the crowd with the perfect amount of chrome and celebrated forever in an official Texas Historic Marker. 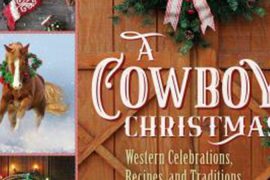