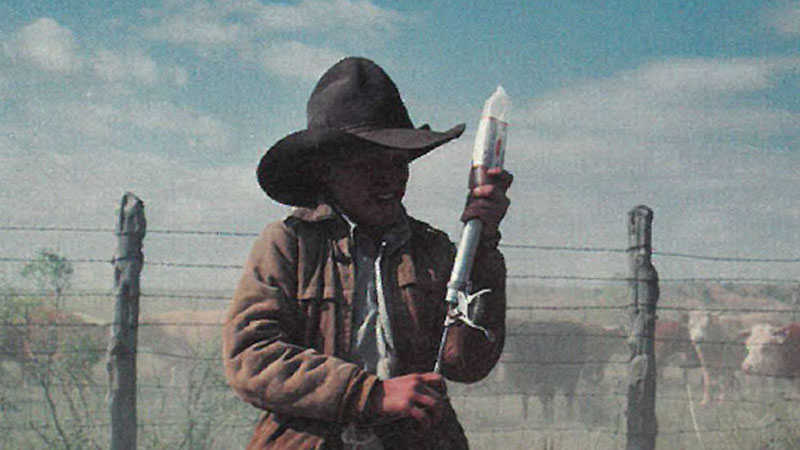 Growing Up a Cowboy

Lance Chism, Carroll Jack Lewis, and Randy Moore are young cowboys with dreams of someday becoming top hands. They live on ranches in the Texas panhandle with plenty of opportunity to make their dreams come true.

Article and photography by KURT MARKUS, originally published in the August 1981 issue of Western Horseman.

Kids who grow up on ranches—especially small, family-run spreads—are usually expected to make a hand. There are chores to be done, and everyone has a job from the time they’re big enough to walk and carry something. It’s not uncommon for a boy of 10 to do man’s work, and by the time he’s through high school, his knowledge and skill are considerable. Girls, too, carry their share, and not just kitchen work; most are handy horseback, and more than a few are good with a rope.

Not all ranch kids though, choose to stay on the ranch once they’re old enough to leave home. Some have had all that kind of life they want, and other professions look more ap­pealing. But there are plenty who can’t get enough cowboying into a day, and they put all their energy into becoming a better hand. As long as they show try, their dads will take them anywhere and treat them like any other cowboy—which is a way of saying, “I’m proud of you, son.”

Late last May [1980], the Quien Sabe Ranch (Channing, Texas) mule-drawn wagon pulled out for the spring works. Neighboring outfits sent reps whenever the wagon moved their way, and on weekends, the Quien Sabe cowboys and reps were joined by their sons. For these young cow­boys, being able to camp out with the wagon was a privilege and rare oppor­tunity. It was a time to prove their potential as cowboys, and win accept­ance into a world that is, in their new eyes, without equal.