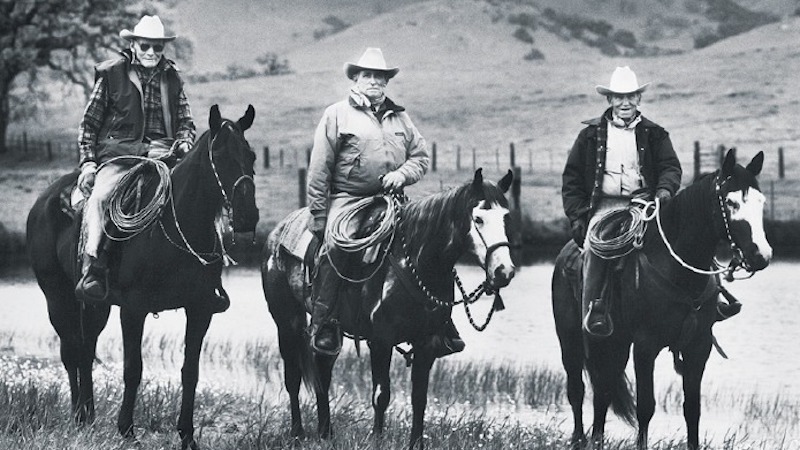 Western Horseman had already been in print for nearly 40 years when Ray Hunt essentially invented the modern profession of horsemanship clinician and hit the road to spread the gospel of horsemanship through “feel,” a concept he learned from his mentor, Tom Dorrance. More than any other mindset, though, the approaches Ray shared with his students—making the right thing easy for a horse, recognizing the horse’s right to protect himself, seeing from the horse’s point of view—best represented the horsemanship ideals the magazine had always sought out and tried to share with readers.

Ray’s work and subsequent influence as a horseman enabled those ideals to at last come into focus. A disparate collection of opinions and tactics—shaped by tradition, geography and, in some cases, lore of unknown origin—gave way to an approach guided by one simple notion: horsemanship must be about the horse.

Ray was not the only protégé of Tom Dorrance, but he was the most visible. And in the years to follow his debut as a clinician, he fostered his own informal lineup of disciples, some of whom would follow him into the vocation he had pioneered. Soon, what had begun as an informal effort at educating horse owners became an industry that created worldwide awareness of the Dorrance philosophies.

From the time Ray and Tom appeared on the national radar, Western Horseman worked to seek out the most credible members of this fraternity and share their interpretations with readers.

What resulted was an unparalleled lineup of instructional material, the pedigree of each story tracing back to Tom, often via Ray. While the direct influence of these two men on the magazine might not have been evident until the “clinic boom” began in the 1980s, leading to its outright explosion in the 1990s, no two people have better defined this magazine’s direction when it comes to educating readers about horsemanship for the sake of horsemanship.

Tom Dorrance was one of eight children who grew up on the family’s remote ranch in northeastern Oregon. It’s been suggested that Tom’s smaller stature taught him, at an early age, to appreciate non-confrontational horse handling. As a young man, he developed a knack for studying horses’ reactions to their surroundings, their human handlers, and one another.

The September 2004 issue of Western Horseman included a profile—written by contributor Holly Endersby—of Tom and his brother Bill, who was equally revered for his own horsemanship talents. In the article, Idaho horseman Martin Black, a Ray Hunt protégé, remarks, “Men of [the Dorrance brothers’] generation learned from experience. They rode every day and had to figure out for themselves how best to get along with horses.”

As an adult, Tom relocated to California, after having worked on ranches throughout the Great Basin and northern Rockies. Word of his talents spread, and horse owners began seeking him out for help with animals they labeled “problem horses.” Dorrance, it’s said, didn’t offer his students step-by-step instruction, preferring instead to view each horse as an individual worthy of unique treatment.

Ray Hunt grew up in rural southeastern Idaho during the Great Depression. As a young man, he hired on with the TS Ranch, near Battle Mountain, Nevada. The TS, which in those days used Morgan Horses exclusively, provided Hunt a quick education in cowboying. In a January 2005 interview with Western Horseman contributor Mike Laughlin, Hunt recalled, “We rode [horses] right, too, with slick-fork saddles and no double riggin’. We used a snaffle bit, hackamore, two-rein or a bridle. If you came in there with a swell-fork saddle and a grazing bit, they wouldn’t have you.”

Ray eventually moved to California, where he started colts and day-worked on ranches. When he had trouble getting along with a difficult horse, he asked a nearby friend, Bill Dorrance, for advice. Bill recommended Ray speak to his brother, Tom, who Bill described as “pretty good with horses.”

In a 2004 interview with Endersby—author of the aforementioned profile of the Dorrance brothers—Ray recalled his introduction to Tom, and the effect it had upon him.

“Until I met Tom, I wasn’t working from the horse’s needs,” he said. “I was working from my own needs. Tom’s whole emphasis was helping and supporting the horse.”

From Ray’s descriptions of that early interaction with Tom, the elder horseman’s approaches must have seemed as mysterious as they were awe-inspiring.

“When [Tom] wanted to bring some life up in a horse,” Ray said in his 2005 interview with Mike Laughlin, “he could get it from any part of the horse—the stifle, hip, shoulder, pastern, knee, hock, wherever he needed it. But you could watch him and not see him do anything except ride. Tom knew what was going to happen before the horse knew. If things started to happen that he wanted, he’d just let it continue. But if he saw something taking place he didn’t want, he could kind of regroup and make something more useful out of it. A horse isn’t doing something to be wrong—it’s all about a sense of survival for the horse.”

As he continued starting colts and riding outside horses, Ray began applying what he’d learned from Tom. A pattern emerged: Ray worked with clients’ horses, helped them overcome challenges, and sent the horses home, only to have their owners resurrect the problems that had led them to seek help in the first place.

Ray began spending as much time and effort training horse owners as he did working with their animals. He began teaching clients in groups, a premise he took on the road as a full-time profession in the 1970s. Tom eventually joined Ray for a relative handful of clinics; Bill went on to conduct a series of ranch-roping clinics.

“They didn’t care about any world titles and didn’t care if you ever got one,” Martin Black, speaking of the trio’s priorities, told Endersby. “They wanted to make a horse and rider feel better about things.”

Bill Dorrance passed away in 1999, Tom in 2003, and Ray in 2009, four decades after conducting his first clinics. Virtually any recent issue of this magazine, though, suggests that their influence is unlikely to fade. The degrees of separation dividing them from the modern-day missionaries carrying their message might increase, but their presence in the horse world, and their passion for doing right by horses, will live on.

This article was originally published in the January 2011 issue of Western Horseman.