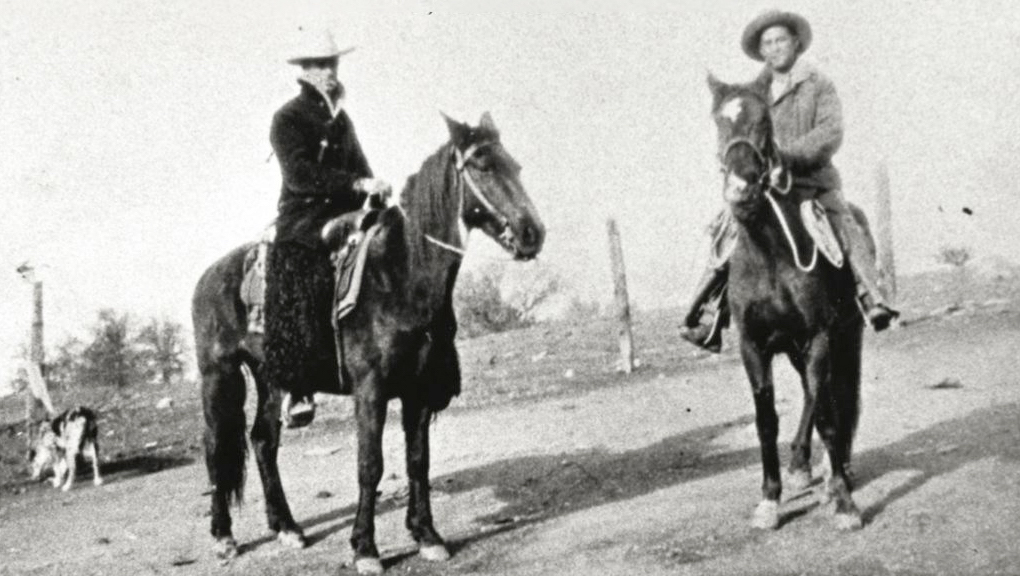 Western Horseman traces back to a small ranch in California.

Before the vision that was to become Western Horseman took root in Paul Albert’s mind, he and his wife, Worth, with the help of friend Dorothy Smith, drove a small herd of cattle through Northern California to their new home—the Tarantula Ranch, located near the town of Lafayette, some 20 miles from San Francisco. The exact date is unknown, but prior to the Great Depression and before the first issue of The Western Horseman, which debuted in January 1936, the Alberts had made the Tarantula home.

The Tarantula Ranch’s name came from the Alberts’ original ranch, which was located on the Tarantula Flat near Yosemite National Park. They rented their new parcel of land for $24 a month. When they moved, they decided to take on a new endeavor along with raising cattle—running a “one-day” dude ranch.

“We had moved from a mountain cattle ranch in the famous Mother Lode Sierras near Yosemite National Park with a few head of white-faced cattle and a string of nine mountain horses we planned to use for rental purposes until, finances permitting, we could enlarge our herd and concentrate on cattle,” Worth recalled in Randy Witte’s book, The History of the Western Horseman Magazine.

The rental stable Worth spoke of later became the Alberts’ main cash cow for many years, offering horses by the hour to city-dwellers who wanted to recall better days, and to children whose parents wanted them to enjoy a taste of the Western lifestyle. In addition to their small herd of cattle, Paul and Worth raised Arabian horses. Perhaps not your typical Western ranch, but a functional one, indeed.

Though former Western Horseman employee Bob Denhardt recalled in the 50th anniversary issue that the Tarantula Ranch was not “much to look at,” he said Paul Albert had a vast knowledge of the stock horse industry. That knowledge was not only Paul’s ace in the hole when it came to the magazine, it also allowed him to tell stories and keep the customers entertained at the ranch.

Tarantula flourished and was known for quality Arabian horses, many of them descendants of the Alberts’ stud, Baraki. However, after Paul’s death in October 1942, and Worth’s decision to move to Twain Harte, California, Tarantula Ranch survived only because of the hard work of Worth’s nephew, Bob Keeney.

At 23 years old, Keeney took the dude ranch experience and expanded it. He renamed the Tarantula the Buckeye Ranch for the trees that grew on the property. Keeney retained the Tarantula brand as the symbol but added his own unique improvements.

According to a 50th anniversary article written by Peg Skorpinski for the January 1986 Western Horseman, Keeney put up the heart of a Western town using skills he obtained building Hollywood movie sets. Now, instead of simply riding and relaxing for a few hours, ranch visitors could wander an Old West town. The saddle shop sold saddles, the blacksmith shop kept busy trimming and shoeing rental horses and those boarded at the ranch, and the general store sold an assortment of products. Other curiosities included a Grand Hotel, sheriff’s office, saloon and chapel.

The 150 horses kept at the Buckeye for rental use were cared for by a group of young riders hired every year to work on the ranch. Like any remuda, the horses required constant exercise, shoeing and feed. No opportunity was lost at the ranch, and visitors could watch a horse being shod almost any time of the day.

By the time the ranch changed hands again in 1978, urban life had caught up to the rural area. Suburban homes lined the road leading to the Buckeye, and an eight-lane freeway whisked travelers to their destinations. The charm of riding a horse at a leisurely pace could not compete with the fast-paced lifestyle that was moving across the state.

According to Skorpinski’s 1986 article, though there was widespread community support to save the ranch, in 1982 Bob Keeney and his family relocated to Vacaville, California, which was 50 miles away.

Western Horseman survived long past the ranch that saw its birth, and has continued to feature the Western lifestyle of which Paul Albert was so fond and knowledgeable.

This article was originally published in the January 2011 issue of Western Horseman.