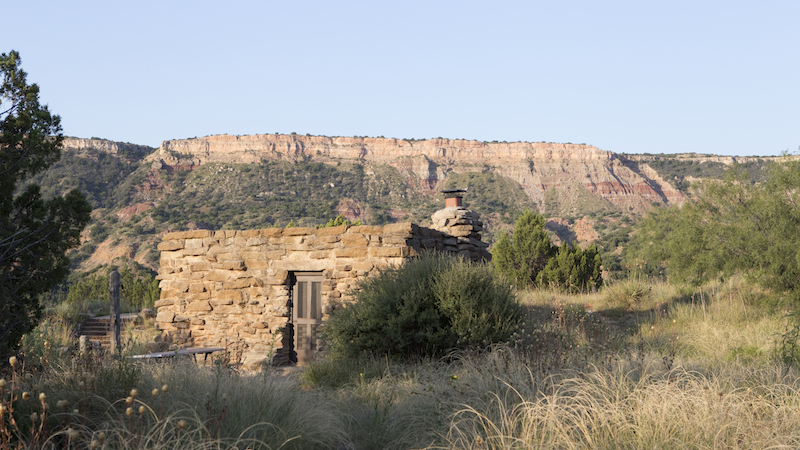 No place combines the American West’s giant vistas with iconic ranching history better than mighty Palo Duro Canyon, and you can bring your horse along to experience it.

At 120 miles long and as many as 20 miles wide, the canyon system carved by tributaries of the Prairie Dog Town Fork of the Red River is second only to the Grand Canyon in size and scope.

South of Amarillo, Texas, lies the vast plain of the Llano Estacado, which stretches approximately 37,500 square miles over eastern New Mexico and northwestern Texas, where prairie grasses grow from a layer of caliche caprock. The plain’s western edge in New Mexico ends in sandy dunes, but along its eastern edge, it breaks o to drop 800 feet down into miles of canyons, cliffs and arroyos collectively called the Caprock Escarpment. Palo Duro Canyon is its most dramatic element.

Visitors should be wary of temperature extremes: July’s average high is 92 degrees Fahrenheit, and January’s average low is 19. Locals watch the water levels on the canyon floor because flash floods in thunderstorms are a real threat, and the canyon’s rattlesnakes are many.

But don’t let those cautions keep you from experiencing it. Palo Duro Canyon is a living, breathing history lesson on the American frontier. A chance to stand on its rim and ride in its depths should be on any Western horseman’s bucket list.

This article was originally published in the March 2017 issue of Western Horseman.