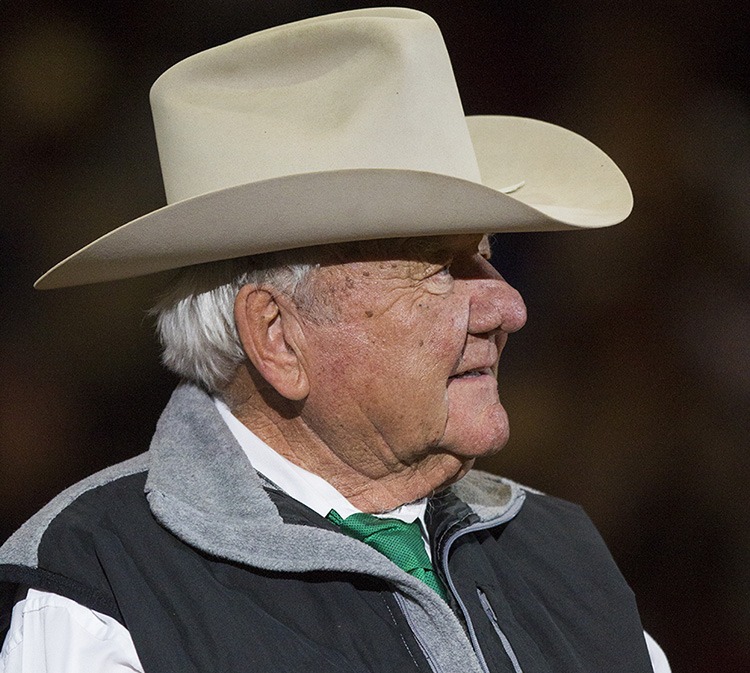 The outpouring of fond farewells for Harry Vold, the iconic stock contractor who died recently, indicates the type of man he was.

Last year my family and I visited Harry and Karen Vold’s ranch near Pueblo, Colorado. We drove there because my sister-in-law was participating in one of Karen’s trick-riding schools.

It was a thrill to see the ranch for the first time, discover what a passionate and kind-hearted instructor Karen is, get to know the young ladies and young men participating in the school, gaze at all the photos and memorabilia in the Volds’ house, and meet the famous stallion Painted Valley (the 2010 Professional Rodeo Cowboys Association’s Saddle Bronc of the Year).

It was also a highlight for me to visit with Harry, the legendary stock contractor who passed away on March 13. The “Duke of the Chutes” amassed numerous accolades throughout the past several decades, including 11 PRCA Stock Contractor of the Year awards and induction into the ProRodeo Hall of Fame. Born in Alberta, Canada, in 1924, Harry built one of the largest stock contracting companies in North America. He has provided roughstock to the National Finals Rodeo every year and raised countless superstar bucking horses, such as Angel Sings, Bobby Jo Skoal and Painted Valley.

But all the awards and recognition that he earned over the course of his 93 years is not how he won the admiration of so many people. A crowd of approximately 600 paid tribute to Harry at a memorial service at the ProRodeo Hall of Fame on March 20. He was respected and beloved because he cared about people.

This was clear as I visited with him last year. He was happy to talk with me and with anyone else visiting his ranch.

Butch Morgan, ambassador-at-large for Western Horseman, worked for Harry in his younger years as a trick rider.

“He was an amazing man. He was always trying to help you and would always listen to anybody who wanted to talk to him. He was bigger than life.”

Below is a video clip from the first time I met Harry Vold. It was in Amarillo, Texas, during the 2012 World Championship Ranch Rodeo, for which he provided roughstock. I asked him to talk about trailing his roughstock horses to the Calgary Stampede in the late 1940s, in the days before shipping horses to rodeos by rail or truck and trailer was an option.