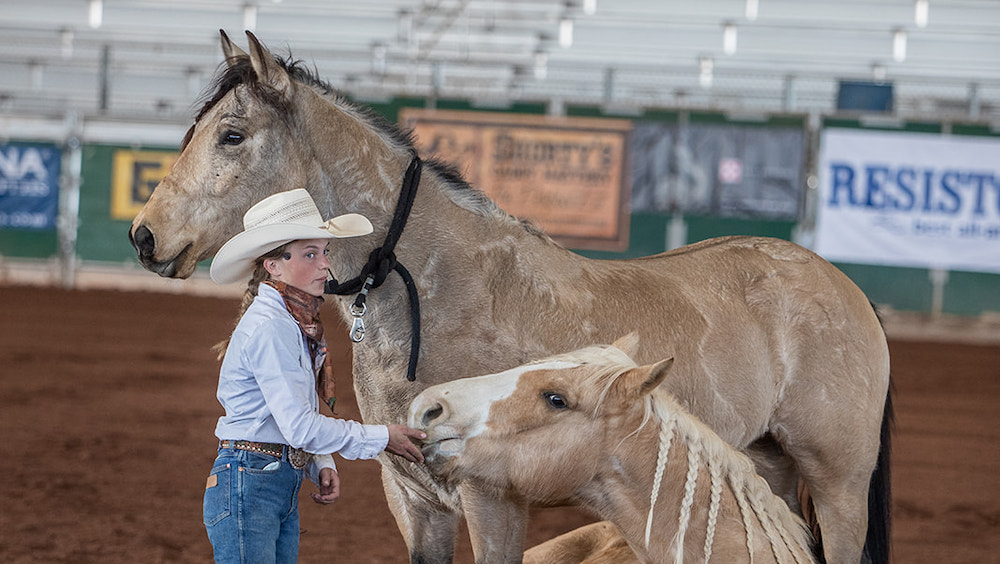 When it comes to entertaining crowds, Piper Yule has the determination and work ethic needed. The 11-year-old performer has the right kind of horses too. One in particular is a flashy palomino gelding named King.

What only lasted a few minutes in the arena required a lot more time in practice. “Usually the practices aren’t as long if they go good and smooth,” Yule said, “Usually when you are trying new things, that’s the part that makes practices a little bit longer, but practices usually take an hour and a half maybe at the most.” Each of her horses have their own unique skillsets and personalities, but when it comes to liberty performances, Yule says it takes a horse with special character. “They do their lap in the arena, act wild, wave their mane in everybody’s faces and then they will come and listen. They just have to let everyone know they are here,” said Yule, referring to King, Who and the newest addition to the group Trigger. “They’ve all got really big egos, like, all three of them have the most giant egos in the world.”

While Yule is known for her trick riding and roman riding, she’s just getting started on her liberty act, and with her trio of horses, this Canadian cowgirl is putting together a class act.