The demands made on a cutting horse, or any equine athlete, can lead to issues with soundness and even attitude, and the temptation often is to give these horses time off between shows. But trainer James Payne of Marietta, Oklahoma, finds that a steady routine helps keep horses ready to show and prevents problems that can come with inconsistency.

“The biggest thing is keeping the work ethic, even on the older horses,” Payne says. “Then, with the cutting, you’re making them do things that are hard on their joints, so you’re always having soundness issues. With my experience, it seems like if a horse is going to pop up sore, it’s going to be after a break. They might be getting turned out or even go on the walker, but they’re not keeping their joints moving.”

Although he likes to give horses a few days off after a string of shows, Payne says he’s found that keeping a horse in steady training—but not intense workouts every day—helps maintain physical fitness and a good attitude.

“I’ve found it’s better for me if I come back from a big show, lay a horse off for three or four days, and then start him back,” he explains. “With the older horses, they’re going to get loped a couple of days and worked on the flag three or four days. It’s not extensive; it’s just maintenance work. If you just cover the basics—stop, turn around, go back and forth—you do two things: you keep the work ethic and you keep them in shape. As the show gets closer, you can increase the workload and intensity, but there’s a smooth transition.

“When I’m preparing to go to a weekend show, I’ll start off loping on Monday, flag Tuesday and Wednesday, and work a cow Thursday and Friday. It builds to the show.”

Payne finds that working the flag, or mechanical cow, reinforces the pattern of working a cow and creates muscle memory that keeps the horse fit and ready to do its job.

“The natural progression of a show horse is to start to [go toward a cow when working],” he says. “The older they get, the more you need to drill that stop, back and turn pattern. I find that if you have less stress to get something accomplished, they’re going to stay sounder, healthier and happier.”

He likens the conditioning of a horse to that of a human athlete.

“It’s just like if I went and ran a mile every day. If I did that for a month, I’d be conditioned to it,” Payne explains. “It’s the same thing as what I’m expecting my horses to do. I get these horses fit for what they’re going to do. But if I have a horse that’s fit [for cutting] and I went out and used him all day [on the ranch], he’s probably going to be pretty tired by the end of the day.”

Payne stresses that it’s not necessary to work a horse for an hour or more. In fact, he likes to get the job done in a short time.

“I’m going to trot or lope a horse, pull on him [to stop and turn], just enough to let him warm up so I’m not going to hurt him,” he says. “Then I’m going to get him on the flag or the cow. I want to get it done in 15 or 20 minutes. I don’t want to be out there riding for an hour before I’m ready to work. I think that’s better for the longevity of the horse.”

That steady program, with little time for layoffs, keeps a horse’s mental attitude better, too.

“If you have an older show horse that you lay off for two weeks, and then you have a week and a half to get him ready for the next show, when you come back [and start riding], that horse is probably going to be three or four days from really being able to work, mentally and physically,” he says. “It takes a while to just get him serious, where he’s accurate.”

Payne’s routine also allows him to prepare a horse to be at its best for a show.

“You can’t keep a horse at that peak all the time,” he says. “As you get ready for a show, you increase that workload and then let the horse come back down [after the show].”

Simply getting a horse tired before a show doesn’t accomplish the same thing, he stresses. Payne gives the example of a tough 3-year-old that he can either work hard and get tired so the horse doesn’t make many mistakes, or keep in a consistent, slower-paced program so that it is reminded daily of its job.

“If you do your homework and work that horse [daily], go through the motions, make him stop, turn and work a cow, and put up with a little freshness, you can maintain him better,” he says. “After three or four days you can increase your workload. You’ll have a more willing attitude from that horse.”

The key to keeping a horse show-ready, Payne says, is time.

“It’s working them every day, not doing anything hard, but maintaining them,” he says. “It’s what I call maintenance work. It keeps horses willing, and as long as you have that willingness, they’re more likely to accept training. Then when you start pushing them, they’re more accepting of it.”

Payne also cautions against allowing a horse to get too fat, which can make it hard for the horse to perform and contribute to injuries.

“It’s always been preached to me that ‘fat sells,’ but I’ve learned, especially on older horses, to monitor their weight,” he says. “You’re not riding them quite as hard, so it’s easier to put weight on an older horse. I want to monitor their weight, and make sure I’m on them four or five days a week. It’s not a demanding pace. It’s a steady pace.”

“I don’t play golf, but I’d say cutting is a lot like golf. If you don’t do it all the time, don’t eat, sleep and breathe it, it’s hard to be good at it,” Payne says. “The more you ride, the better you get. And the more you ride your horse, the more you’re going to be in tune with that horse.”

This article was originally published in the December 2013 issue of Western Horseman. 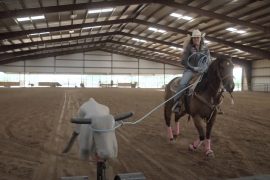 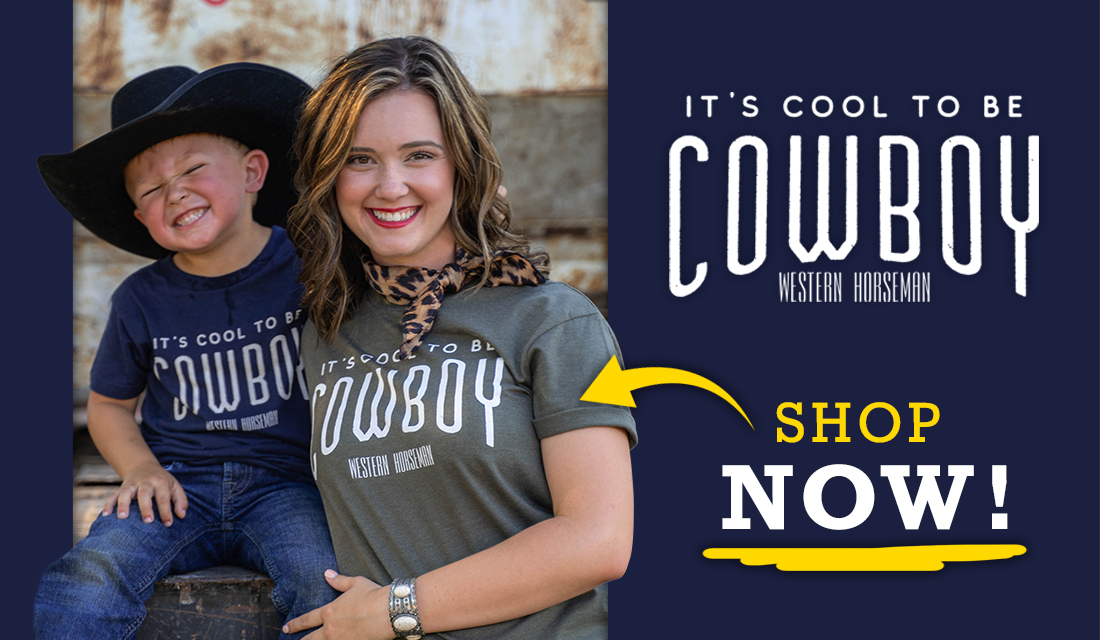