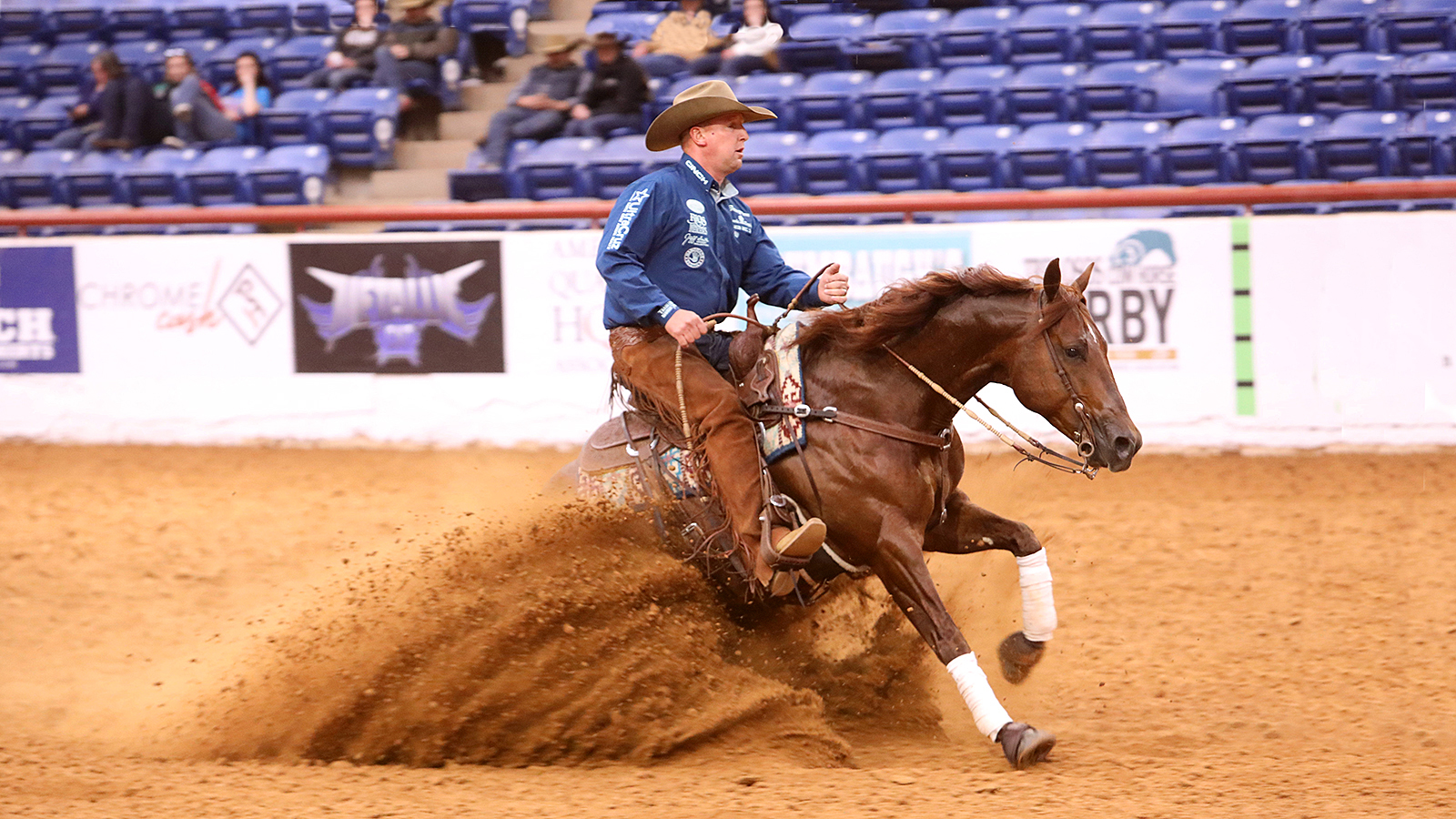 LIZZIE IWERSEN: Everyone watching the finals could see the confidence you have in Hott Rod. Can you tell me about that?

COREY CUSHING: So if anyone knows me, they know Hott Rod. And they know how much he means to me and how I’ve been thinking about this event for a long time, since I bought him as a 2-year-old. The way he moves, what he can do—I just knew this event is perfect for him. And so going into the finals, I just told myself, “Don’t get too excited, let him do his job, and just guide him in the best way possible.” I almost let him down in the steer stopping [when I fumbled my dally]. He means so much to me, and I wanted it more for him than I did for myself just because he is that kind of horse— a World’s Greatest Horse.

LI: How did you prepare before each run?

CC: I just took it one event at a time. I tried not to prepare too much in between runs because it’s such a big day and you’re not gonna win anything in the warm-up pen. I felt how hard he was trying and I know that he knows his job. And so with all that being said, just made sure he was properly warmed up and stretched out and let him go do his thing. And I was just super excited that things fell into place like they did.

LI: Was there a certain point during the night where you thought to yourself, “It’s game-on, things are going in the right direction.”

CC: When I made my first cut, that white cow with the dirty back, it grabbed Hott Rod and gave him the chance to do what he does. He got to creepin’ and crawling around. And that first cut is so important. It starts your whole run, and when the cow got ahold of Hott Rod, I knew I just had to keep setting him up for success.

LI: How would you sum up your horse’s performance throughout the whole week?

CC: Nothing under spectacular. That horse, the way he thinks and how powerful he is, you really can’t believe the power that you have underneath you, whether it be him crouching down, and how he can crawl around in the herd work, how hard he can stop. And there’s times where he feels like he is putting so much effort into it, he is almost going to break a leg—and I’m not joking when I say that.

Going down the fence, all I could think of in my head, “Make sure to stay in the middle of him, stay on top, and do nothing but feed him with confidence that he is going to the right place.”

LI: And what are the other successes that you’ve had with him?

CC: He’s been a bridesmaid, never the bride. He ended up third at the Snaffle Bit Futurity, was second behind Justin Wright at the derby two years ago. I did win the bridle on him up in Idaho this past fall. But like I said, he’s been the bridesmaid a lot because either something has happened or has come up. And I thought about him being a world’s greatest horse, one that I wanted to show here, since I bought him as a 2-year-old from Austin Adams.

LI: Is he among the best horses that you have ridden?

CC: It wouldn’t be fair to say that he’s the best because times change and horses come and go. And you look at the the whole horse industry and how the quality of horses are constantly getting better. But he is something special. I don’t want to put any of my other horses down by saying he’s the best, but yeah, he ranks really, really high and is truly something special.