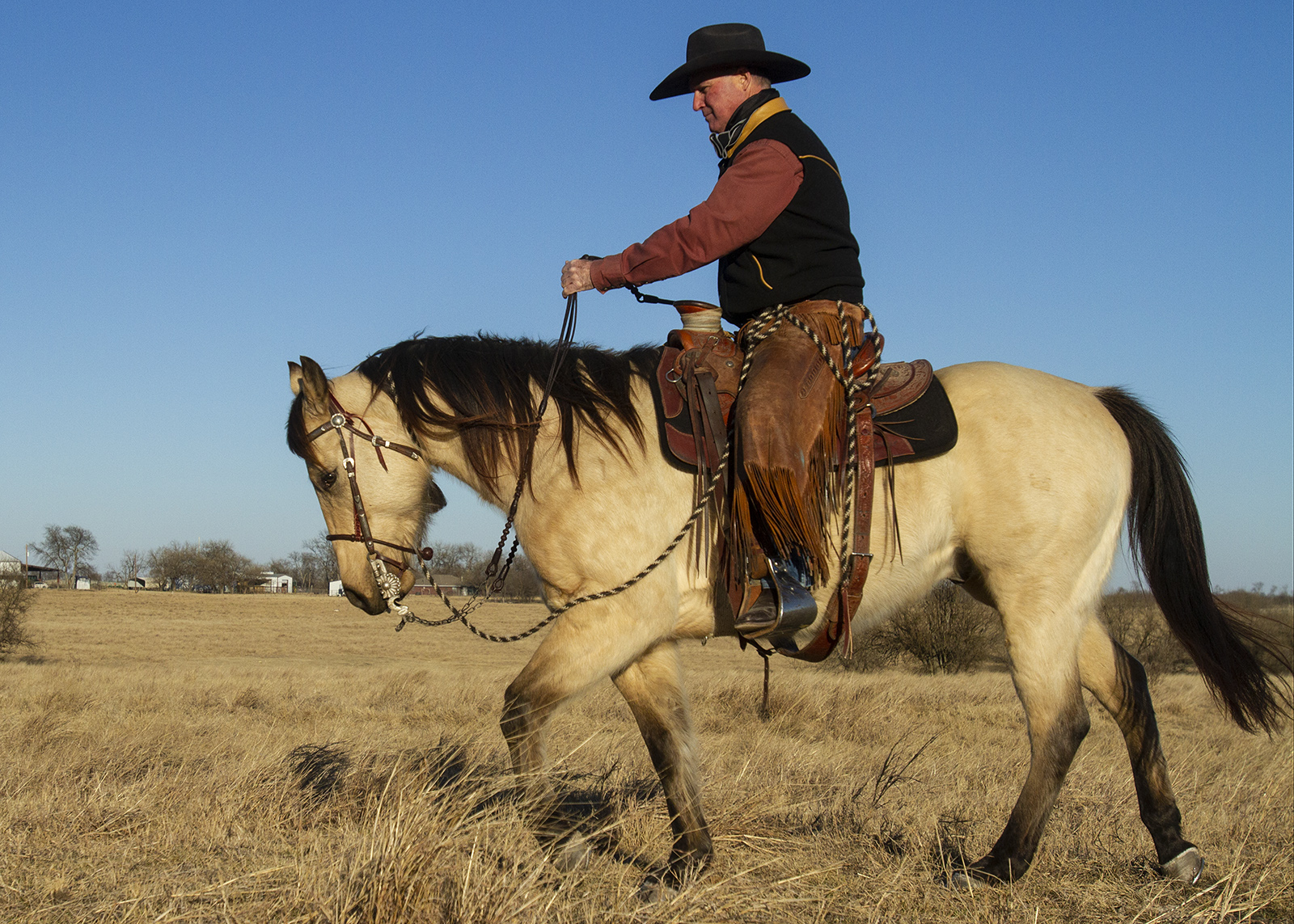 The Horsemanship of Martin Black

In the setting sun, Idaho horseman Martin Black lopes circles in a Colorado arena. His horse’s breathing is barely audible in the strong wind that sweeps across the front range of the Rockies. A steer enters the arena, and Martin skillfully works the animal back and forth along the fence, then in circles in both directions.The horse, Play Lika Hickory, reserve-champion ranch horse at the 2003 World Championship Ranch Rodeo and national finals ranch-horse champion at the 2004 Western Heritage Classic, is perfectly balanced and knows his job.

Martin has built a reputation for starting and preparing horses for such diverse events as racing, cutting, reining, jumping, roping and reined cow horse. His travels have taken him all over the United States, as well as to Australia and Europe. His training methods build the horse’s confidence by teaching him discipline through self-induced pressure that’s easy for the horse to understand and minimizes confusion and fear.

The Black family has raised and trained horses for five generations. It runs in Martin’s blood. His great-grandfather, Joe Black, was born in a wagon in 1875. One of the early settlers in Idaho’s Bruneau Valley, Joe became a prominent horse breeder in the late 1800s and early 1900s, raising and training thousands of Thoroughbreds that he sold to ranches across the West, as well as to the U.S. Cavalry and European governments for military use.

Throughout his life, Joe carried on the traditions of the early California vaquero and usually roped with a rawhide reata. Martin grew up in this environment, inheriting an appreciation for the Spanish California style of horsemanship, and its emphasis on versatility.

By age 10, Martin had learned a great deal from his grandfather, Albert, and his uncle, Paul, and was 12 when he started his first colt. By 14, he’d started a number of colts and had developed an appreciation for training young horses.

Martin also learned a great deal at an early age from Melvin Jones, a student of Martin’s uncle, Paul, who went on to become a great reined-cow-horse competitor.

“When I was about 8,”recalls Martin, “I started watching Melvin at the Elko County Fair. At that time, he pretty much dominated the entire event, and he was like an idol to me. I’d get there early in the morning to watch the first contestant, and stay late to watch the last.”

“After I realize where a horse’s potential is, even at an early stage, I like to start on fresh colts,”he explains. “The more horses I can work, the more I can learn. There’s so much more to learn from a fresh mind. There’s only one chance to make a first impression, and it’s so important for it to be a good one in every phase of training. And, the younger the horse, the shorter his attention span and the narrower the window of opportunity for him to learn.”

When Martin was 14, he met Ray Hunt for the first time. Ray’s methods and philosophies uncovered a new layer of horsemanship for Martin, one that would deeply influence the way he worked with every horse he encountered. Even as a teenager, Martin knew that Ray’s approach made sense.

“I could appreciate what Ray had to offer,”Martin says. “I had enough miles and had gotten in enough trouble starting and buckarooing on older ranch colts. I was ready to listen.”

Roll With It: Tips to Load a Bedroll