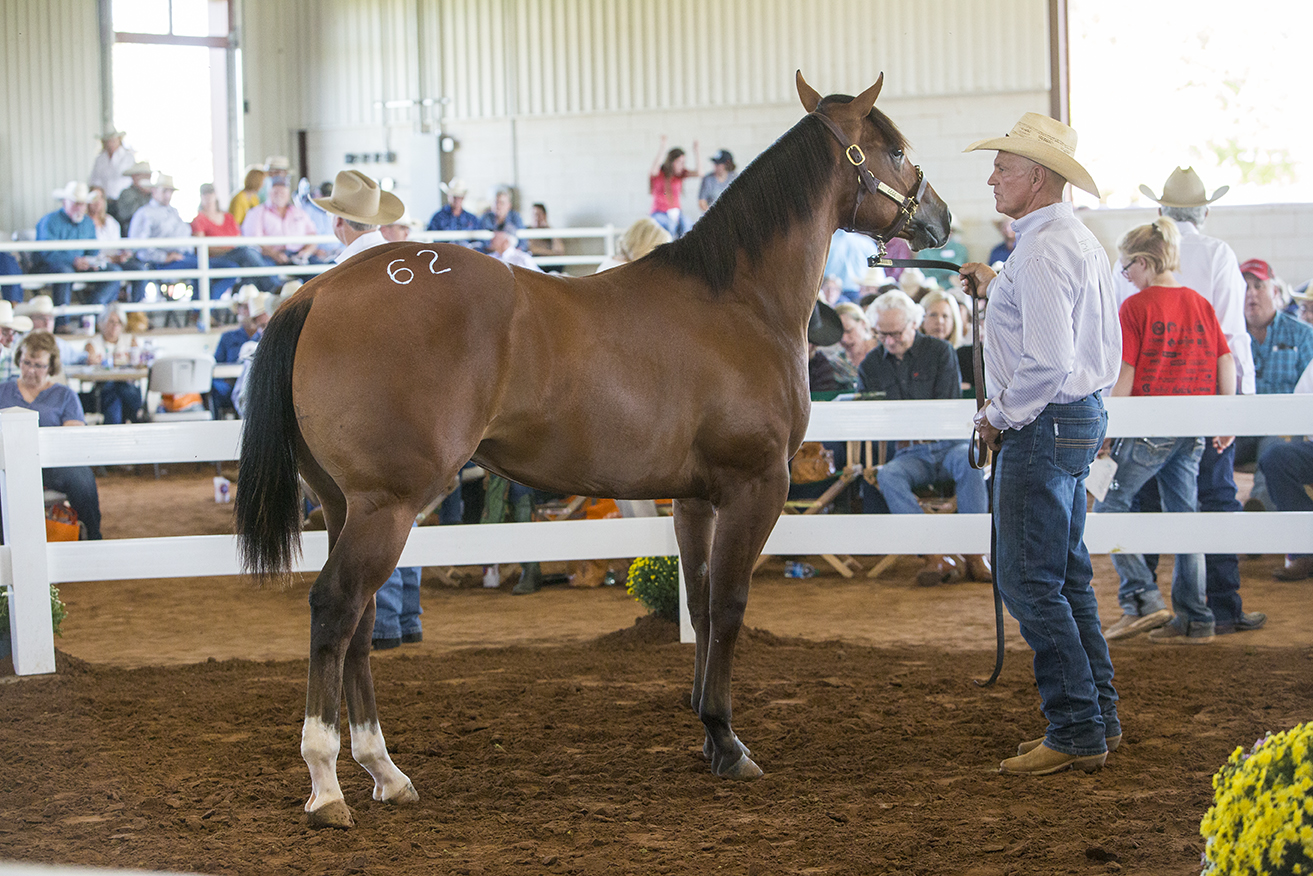 Big-Time Prices at 6666’s Return to the Remuda Sale

Return to the Remuda sale sets a record with $90,000 gelding.

A record-setting day at the Return to the Remuda sale in Guthrie, Texas, on October 5 was highlighted by the sale of a gelding named Bigtime Speed, who brought $90,000. The Four Sixes Ranch consignment was bred and raised by the ranch and was in the string of mare manager Phil Fox. The bay gelding eventually earned the nickname “Uncle Buck” after Fox’s brother, who passed away shortly before Fox started him.

“He always wanted to visit, and so did this horse,” Fox says.

Bigtime Speed is a 2012 gelding by Bigtime Favorite and out of Natural Heaven by Seven From Heaven. His price set a record for a ranch horse sale.

Bonnie Vessels made the winning bid on the horse, who will move to her Texas ranch. Vessels and her late husband, Scoop, owned Vessels Stallion Station in California. Among the stallions they stood was First Down Dash, an all-time leading sire of running Quarter Horses. The 1984 stallion later stood at the Four Sixes Ranch, as did his sire, Dash For Cash.

The Return to the Remuda sale featured horses from five legendary Texas ranches, including the Four Sixes, Tongue River Ranch, Pitchfork Land and Cattle Company, W. T. Waggoner Estate and Wagonhound Land & Livestock. It is held annually on the headquarters of the Four Sixes Ranch.

This year’s sale had gross sales of $1.5 million with an average of nearly $10,000 on the 154 horses sold. The second-highest seller at $36,000 was TRR Tanquery Cat, a 2013 gray gelding by Cats Hillbilly and out of TRR Sweet Shoot Out by TRR Big Iron, consigned by Tongue River Ranch. He was followed by The Smiling Colonel, a 2009 black gelding by Just Plain Colonel and out of HR Smiling Light by Grays Starlight, consigned by Wagonhound Land & Livestock, $35,000; and Becaco Bignreddy, a 2013 red roan gelding by Mr Haida Flo and out of Ms Becaco Echoseven by Doctor Echo, consigned by Beggs Cattle Company, $34,000.

Two yearling colts by Four Sixes stallion Jesses Topaz rounded out the top sellers at $30,000 each. Natural Topaz, a buckskin, is out of Natural Double by Sixes Pick, and Jesses Power, a bay, is out of Six Flo Lady by Playgun. Both were consigned by the Four Sixes.

Glenn Blodgett, DVM, says plans already are under way for next year’s sale, which will include guest consignors Circle Bar Ranch and King Ranch.

Four SixesReturn to the Remuda