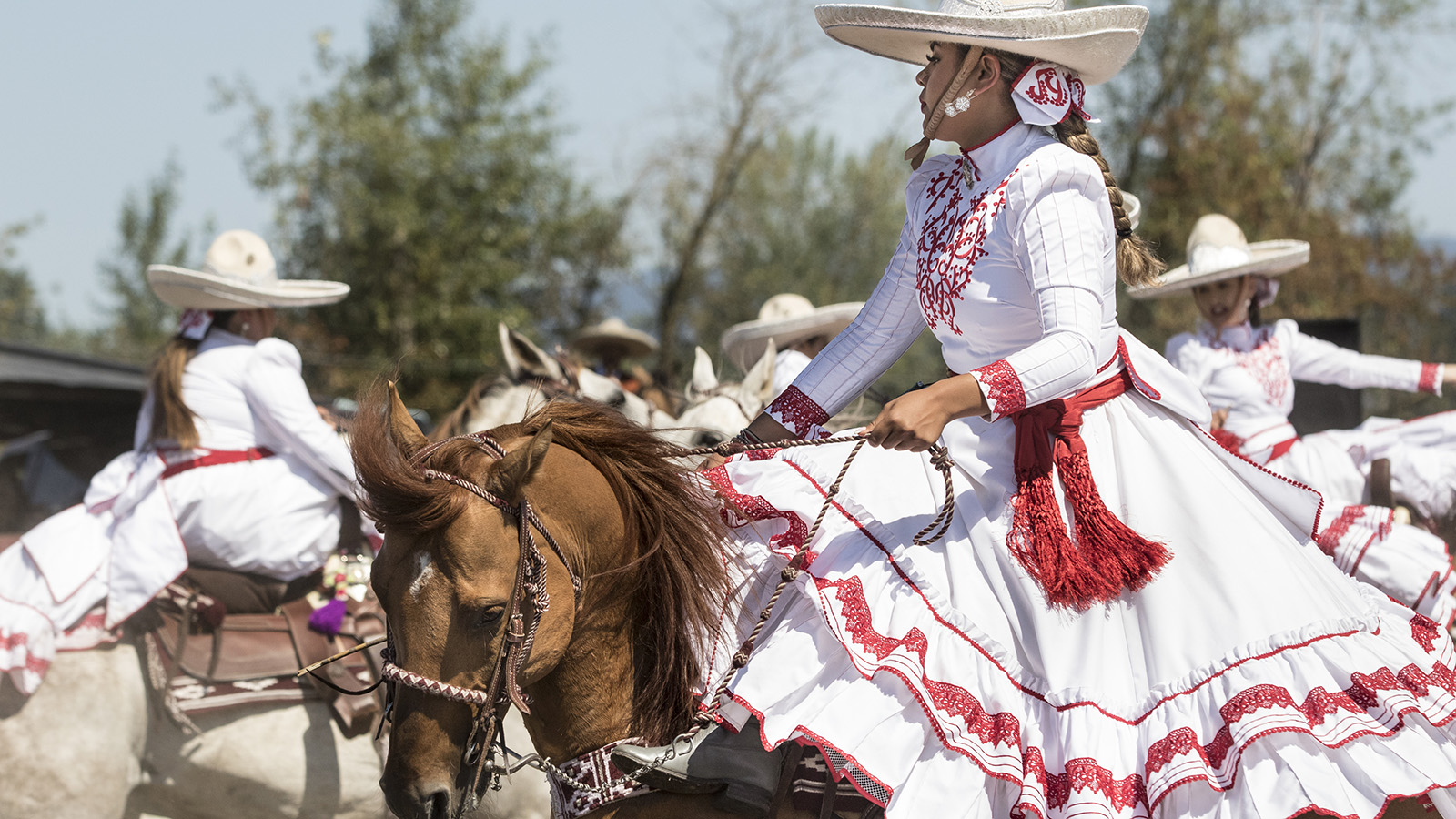 Charras of the Cascades

A precision drill team based in Washington State called Escaramuza Erandi displays the heritage, skills and bravery of charras, a term for horsewomen in Mexico.

Paola Pimienta, a member of the Escaramuza Erandi team, says the event is much more than just a weekend activity, as it requires plenty of travel, practice and scheduling coordination.

“It’s a heritage thing,” says Pimienta, who is also the U.S. National Queen and Charrería Ambassador. “It’s tradition and culture. Being a charra, it’s more than a sport. It’s a way of living.”

Check out the January 2022 issue to read “Charras of the Cascades.”