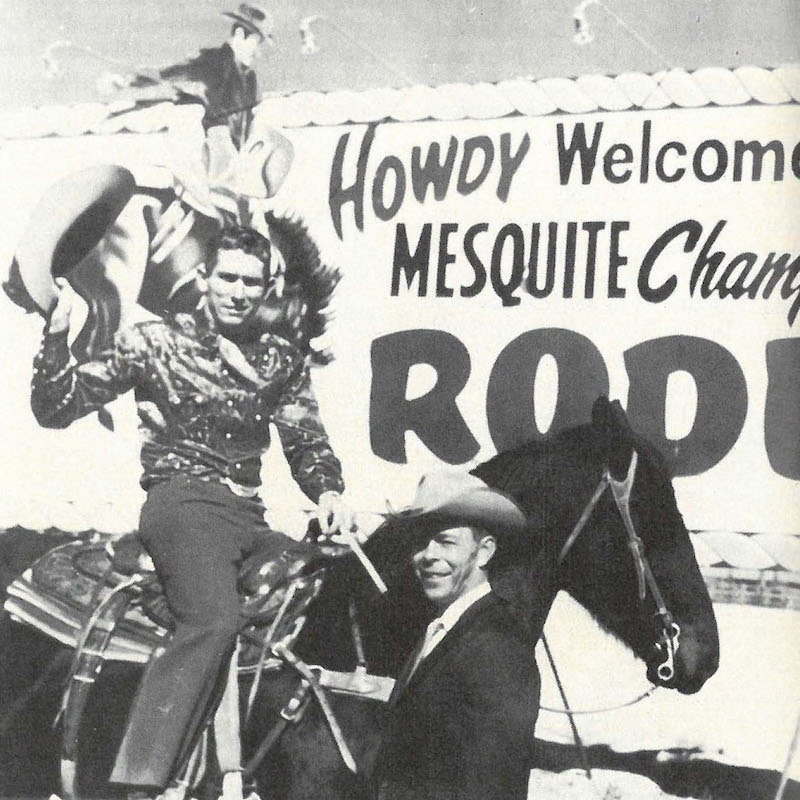 I gave up calisthenics long ago when I traded a lackluster part-time rodeo career for the more comfortable life of a fan. But there was a time when I performed a full battery of daily exercises—­push-ups, sit-ups, running, the whole sweaty works. And it was during this period 10 years ago last December that I was sharing a hotel room with several others in Oklahoma City during the Na­tional Finals Rodeo.

None of us were Finals contes­tants—we were either has-beens or hopefuls in rodeo—but we were working at the NFR in various capacities. I remember staggering out of bed early one morning to begin my ritual of self-torture. I puffed through 50 jumping-jacks and was preparing to endure the push-ups when one boarder, stock contractor Carl Murphy of the old Rocky Mountain Rodeo Company, raised up from bed and peered at me over a pillow, observing this ludicrous scene with contempt.

“You make me sick,” said Murph, who really sounded sick as he collapsed back into bed. Mur­phy’s a little abrasive in the morning, but a good-natured sport otherwise. I recall the Finals when he flanked one of his bucking horses and forgot to let go of the flank strap. The horse left the chute and Carl was jerked into a full gainer, landing in the arena at the end of the gate. The crowd loved it.

Anyway, I completed the exer­cises, and by that time some of the others were up—the late Randy Spears, a talented rodeo publicist, and Don Gay, a high school senior from Mesquite, Texas, who at age 18 was already a member of the Pro­fessional Rodeo Cowboys Associa­tion.

That was the first time I met Don, and more than anything I remember his workout that morning. He was dressed and ready to walk out the door when he hesi­tated. “Those exercises are a good idea,” he said. ”I better do mine.”

He proceeded to do three quick push-ups and three sit-ups, then walked out of the room, ready to face the day; he was going to watch the Finals that night and help around the chutes. I wasn’t im­pressed with Don’s exercise routine, but sensed he was in bet­ter physical condition than I, and was no doubt turning into a capa­ble bull rider.

I watched him ride the following month in Denver. Cy Taillon was announcing, and he simply told the audience that Don was “a bull rider from Mesquite, Texas, and son of rodeo stock contractor Neal Gay.” Don made a good ride.

He traveled to other major rodeos that winter and spring, and still graduated from high school in June. Don had been eager to com­pete full-time, and he would hit the road with blessings from Neal, whose only stipulation had been that Don complete school before he embarked on a rodeo career. So with diploma in hand, the life of freedom and travel, pain and glory, was Don’s for the taking.

In 1973, Don and Pete made it back to the Finals. Pete had concentrated solely on bull riding that year, and led the standings early in the season. But Don was beginning to take command of the event, and by Finals time he and Bobby Steiner, son of stock contractor Tommy Steiner of Austin, Texas, were locked in a head-to-head duel for the world championship. Don led for the title at one point, then Bobby regained the lead, and it all came down to the last bull.