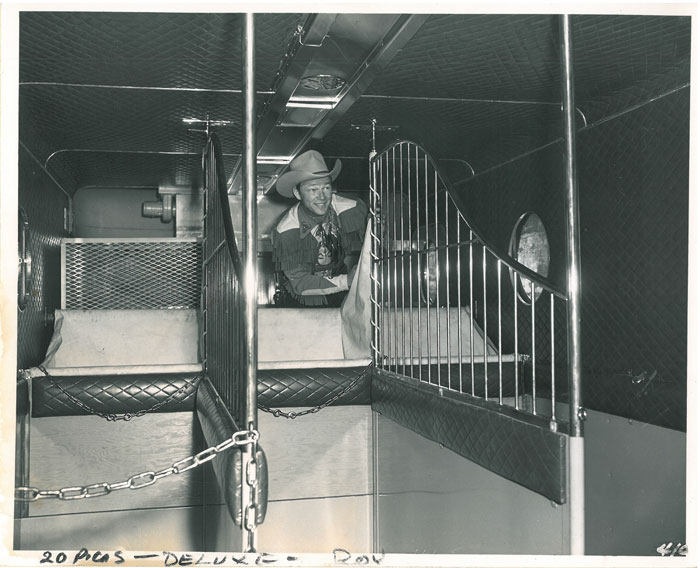 It’s easy to get lost in the archival photos at Western Horseman’s headquarters in Fort Worth, Texas. Among the mesmerizing photos were some of Roy Rogers, his trailer and horses. The images originally appeared in the October 1959 issue in an article called “Trailer De Luxe,” and described the ins and outs of the plush, living-quarter trailer.

“The trailer interior is paneled in combed mahogany throughout, and the exterior is of modern streamlined design finished in blue and cream colors with chrome trim,” says author Vivian H. Whitlock, or “Ol’ Waddy” as he was referred to in the magazine. Here are the photos that appeared in the story, with their original captions.