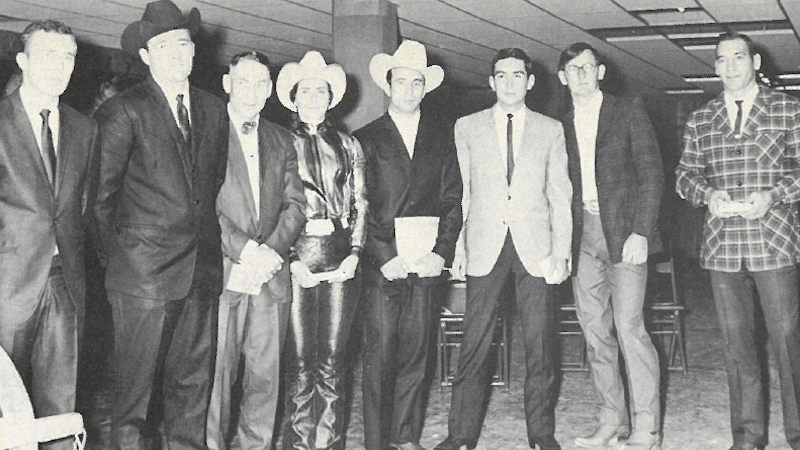 A look back at the 1967 National Finals Rodeo in Oklahoma City.

By DICK SPENCER III, originally published in the February 1968 issue

Anybody could have told you the formula for staging the best, wildest, fastest and most colorful rodeo in the world—just assemble the top 15 cowboys and cowgirls and horses in one place, and bring in the rankest and fastest stock from all the proven rodeo strings, and put on a big rodeo. Since 1959, that is just what has been happening each year at the National Finals Rodeo. There is no place you can go to see a better rodeo, and the 1967 National Finals Rodeo in Oklahoma City proved it again in December.

From the opening grand entry in the Fairgrounds Arena on December 1 to the final Awards Banquet held at the National Cowboy Hall of Fame on December 9 it was go-go-go, and great all the way.