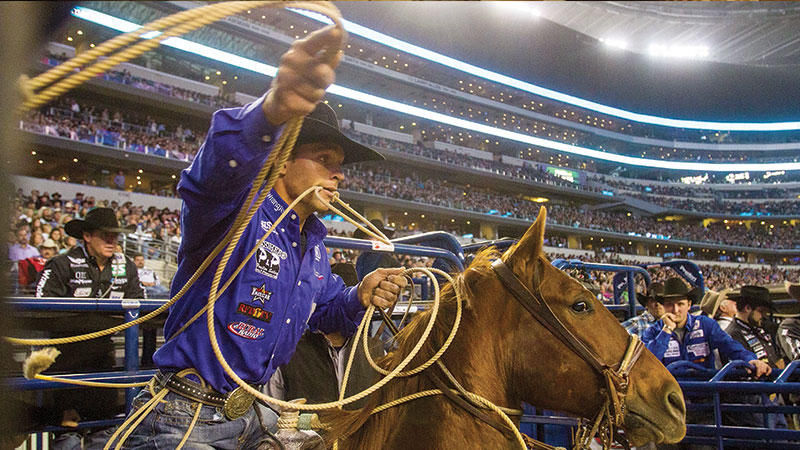 World champion tie-down roper Marcos Costa takes a break from physical therapy after his fifth knee surgery to share what motivates him to come back better than ever.

The news was hard for Marcos Costa to hear. The doctor had just told the leading tie-down roper in the National Finals Rodeo standings that he would need to quit mid-season and have his fifth surgery on his right knee.

“I didn’t want to go to the doctor because I knew I would need to stop [roping]”, says 23-year-old Costa, who had his consultation at the end of March and surgery on April 26, 2018. “It was tough on me, but God put it in my heart for me to take care of it right now.”

Costa originally injured his knee in 2011 in his native country of Brazil, tearing his ACL and medial and lateral meniscus. Despite four resulting surgeries on that knee, Since his move to Texas in 2012, Costa used strength and conditioning exercises, and a strong faith, to lead him to an NFR tie-down roping world title and two American Quarter Horse Association world championships.

Based on that record, he’s determined to make this fifth surgery just another part of his promising future in rodeo.

“You have to be strong and have a lot of faith and hold God’s hand because it’s a slow [healing] process,” he says during a break at Fit-N-Wise Rehabilitation and Performance Center in Decatur, Texas. “Never give up on your dream. Just keep fighting and believing in yourself.”

Costa’s adventure began when he was only 14 years old and left his family and hometown of Iretama, Brazil, to pursue his roping more than 500 miles away. Hurdles peppered his rodeo path, but his work ethic, determination and unexpected friendships led him to success in the United States. Find his incredible story in the June 2018 issue of Western Horseman.